William "Refrigerator" Perry net worth: William "Refrigerator" Perry is a former professional football player who has a net worth of $10 thousand. William "Refrigerator" Perry was born in Aiken, South Carolina, and was always a big child. Though he weighed nearly 200 pounds by age 11, he proved to be an excellent athlete. He was the sixth fastest runner on his high school football team, an accomplished high diver, and could perform a 360-degree dunk. He went on to play football for Clemson University, on full scholarship, from 1981-1985. He helped the team to a National Championship in 1981, and was a First-Team All American in 1983. The Chicago Bears drafted him 1985, and he went on to play defense for the Bears for the next eight years. He then spent a season with the Philadelphia Eagles, before retiring unofficially. After an uneventful season in 1995 with the London Monarchs, he retired officially. He has struggled with his health, and alcohol issues, off and on since then. 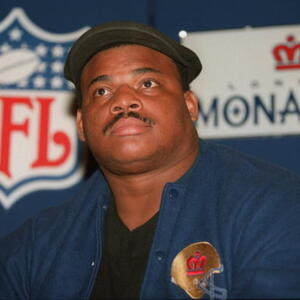