Will Witherspoon Net Worth

in Richest Athletes › NFL Players
Will Witherspoon Net Worth:
$12 Million

Will Witherspoon Net Worth: Will Witherspoon is a former American professional football player who has a net worth of $12 million. Born in 1980 in San Antonio, Texas, Will Witherspoon, a six-foot-one, 242-pound linebacker, played college football for the Georgia Bulldogs. The Carolina Panthers drafted Witherspoon with the 73rd overall pick during the third round of the 2002 NFL Draft and he made his rookie debut in Carolina later that year.

Witherspoon played with the Panthers until 2005 before joining the St. Louis Rams ahead of the start of the 2006 season. He played in St. Louis until 2009 when he was dealt to the Philadelphia Eagles during the season. In 2010, Witherspoon joined the Tennessee Titans, where he played until 2012. He finished his career in 2013 with a second stint with the Rams in St. Louis. Witherspoon, who was named the Rams' 2007 team MVP, earned one NFC Championship in 2003 while with the Panthers. He was the recipient of the 2010 Ed Block Courage Award. At the time of his retirement, Witherspoon finished his pro playing career with close to 1,000 total tackles to go along with 26 quarterback sacks and 14 interceptions. Witherspoon is involved in the health and nutrition industry and owns a sustainable farm in the Missouri area where he routinely speaks about the benefits and importance of grass-fed farm animals. 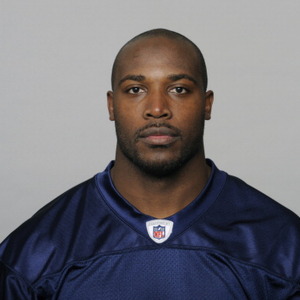