Will Shields Net Worth

in Richest Athletes › NFL Players
Will Shields Net Worth:
$14 Million

ц Net Worth: Will Shields is a former American professional football player who has a net worth of $14 million. Born in Fort Riley, Kansas, in 1971, Will Shields played college ball along the offensive line for the University of Nebraska Cornhuskers. Shields was named an All-American in 1992, the same year he won the Outland Trophy, given to the nation's best interior lineman in college football.

The Kansas City Chiefs drafted the six-foot-three, 315-pound guard with the 74th overall pick during the third round of the 1993 NFL Draft. He played every game of his NFL career until his 2006 retirement. Shields went on to appear in 12 consecutive Pro Bowls, earning the honor every season between 1995 and 2006. He was honored seven times as an All-Pro (1997, 1999, 2002-2006), and won the 2005 Ed Block Courage Award. Shields also won the Walter Payton Man of the Year Award in 2003; he was later named to the league's 2000s All-Decade Team. Shields played in 224 career games with the Chiefs, starting 223 of them. He recovered nine fumbles during his career. Shields is a member of the College Football Hall of Fame and was a first-ballot finalist for the Pro Football Hall of Fame. He is part of the Chiefs Hall of Fame. Since his retirement, Shields became the owner of an Overland Park, Kansas sports facility. He has three children with his wife, Senia. 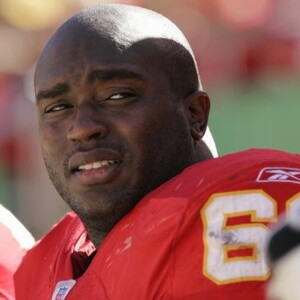