Will Beatty Net Worth

in Richest Athletes › NFL Players
Will Beatty Net Worth:
$14 Million

William Beatty net worth: William Beatty is an American professional football player who has a net worth of $14 million. William Beatty was born in York, Pennsylvania in March 1985. He is an offensive tackle who was named 2008 First-team All-Big East at the University of Connecticut. Beatty was drafted #60 by the New York Giants in the 2009 NFL Draft and has played his entire career for the Giants.

While playing for New York, Beatty won a Super Bowl Championships at Super Bowl XLVI and an NFC Championship in 2011. He is the starting left tackle for the Giants. Beatty signed a four year deal with the Giants in 2009 for $2.67 million. In 2013 he signed a five year deal with New York for $38.75 million with $19 million guaranteed and a $12.5 million signing bonus. Beatty suffered from a torn pectoral injury in May 2015 during a lifting session which required surgery and sidelined him for five to six months. He owns his own clothing line called The William Beatty Apparel Company. 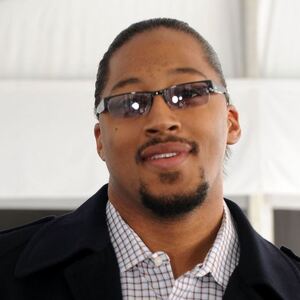