Wes Welker net worth and salary: Wes Welker is an American football player who has a net worth of $20 million dollars. Born in Oklahoma City, Oklahoma, Wes Welker played football all through his early academic years, and was extremely successful during high school. Though he was named Oklahoma State Player of the Year by USA Today, and scored a touchdown in the Oil Bowl, no college teams recruited him due to his small size. He ended up receiving a scholarship to Texas Tech, after another player backed out unexpectedly. At Texas Tech, he proved himself to be an excellent football player, tying the NCAA record for touchdowns scored returning punts, and winning the Mosi Tatupu Award. He signed with the San Diego Chargers in 2004 as an undrafted free agent, but they cut him in favor of another player after their first game. He then played for the Miami Dolphins from 2004-2006, where, again, he proved to be an outstanding player. In 2006, he was traded to the New England Patriots and has been extremely successful with the team. He has been named to the All-Pro team four times, received the Ed Block courage Award twice, and has tied the record for the longest reception in NFL history. 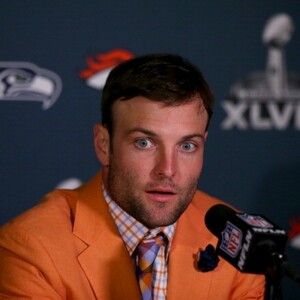