Warren Sapp Net Worth and Salary: Warren Sapp is a retired American football player in the National Football League and has a net worth of $500 thousand. Warren's finances have suffered after he left the NFL. After earning around $40 million in NFL salary alone, in 2012 his $6 million worth of debt forced Warren to declare bankruptcy.

Sapp is probably best known for his 13-season career in the NFL, and he earned quite a reputation for himself as a defensive tackle. During his playing career, he played predominantly for the Tampa Bay Buccaneers. Celebrated and derided in equal parts for his hard-hitting style of play, Warren proved a divisive figure in the NFL. At times, Sapp became verbally abusive to players, and he got himself into various controversies over the course of his career. In 1999, he was named the NFL Defensive Player of the Year.

Early Life:  Warren Carr Sapp was born on December 19th of 1972 in Orlando, Florida. He was subsequently raised in Plymouth, Florida by his single mother. Sapp's athletic potential became clear after he joined his school football team at Apopka High School. During this period, he played tight end, linebacker, punter, and placekicker. During these early years, Sapp set numerous records, including most tackles for a loss, most sacks, the longest field goal. He also played basketball for his high school.

College Football: After graduating from high school, Warren played as a defensive standout at the University of Miami. His coach quickly converted him into a defensive lineman, a decision that helped him win multiple awards. These included the Bronko Nagurski Trophy in 1994 for Best Defensive Player, the Rotary Lombardi Award for Best Lineman, and the Bill Willis Award for Best Defensive Lineman.

Career: In the first round of the 1995 NFL draft, Sapp was picked at the 12th overall selection by the Tampa Bay Buccaneers. He held the position of right defensive tackle for his entire stay in Tampa. His first season was quite promising, with one interception and 27 tackles. This made him the top tackler for the Buccaneers. In 1996, he recorded 51 tackles and 9 sacks, an impressive sum which he managed to improve upon notably in 1997.

On March 20, 2004, Sapp had agreed to a 7-year contract with the Oakland Raiders worth $36.6 million. In 16 games with the Raiders, he recorded 30 tackles, 2.5 sacks, and 2 fumble recoveries, playing both defensive end and defensive tackle. The next season, Sapp reverted back to his defensive tackle position, starting the first 10 games and racking up 29 tackles and 5 sacks. He was sidelined for the last 6 games of the season due to a shoulder injury but returned in 2006 with 10 sacks and 32 tackles.

During the 2007 season, Warren recorded 37 tackles and 2 sacks. However, he was later ejected on December 23 after an altercation with officials during a game in Jacksonville.

Sapp was one of the only 12 defensive players in the NFL to ever make the Pro Bowl, win a Super Bowl NFL title, and be honored as Defensive Player of the Year at the time of his retirement. He participated in 7 Pro Bowls and was named a first-team All-Pro and second-team All-Pro 4 and 2 times respectively. He was named Defensive Player of the Year after his 1999 season.

Contracts: Sapp had signed a contract extension in 1998 which granted him $36 million over the span of 6 years. On March 20, 2004, Sapp had agreed to a 7-year contract with the Oakland Raiders for $36.6 million. 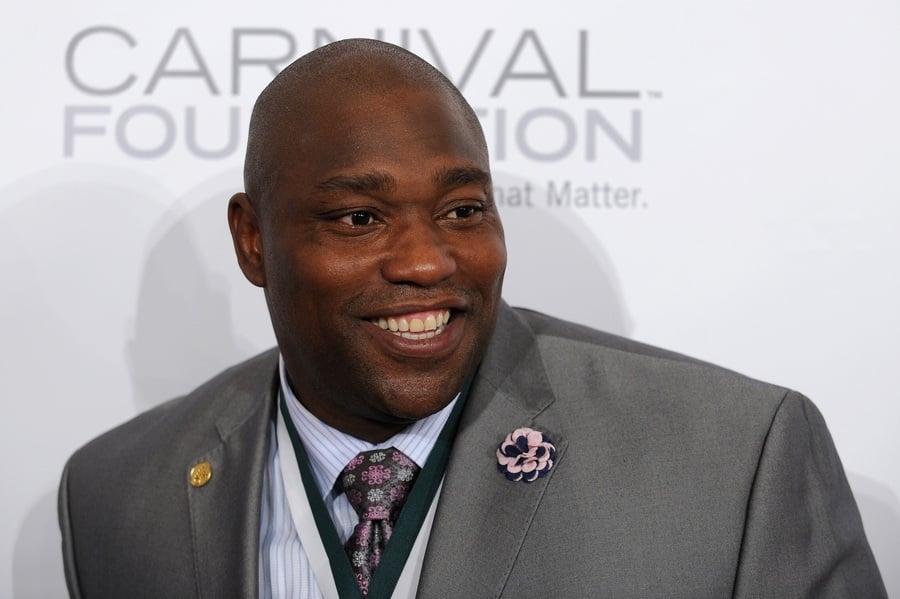 Controversy: During a 2002 game at Raymond James Stadium, Sapp inflicted a serious pelvic injury on Chad Clifton of the Green Bay Packers. The hit left Clifton hospitalized for about a week, and it affected his ability to walk for several weeks afterward. A heated confrontation between Warren and the coach for the Packers was caught on camera after the incident. It showed Sapp verbally abusing the coach after he approached him about the hit.

Another controversy involved Sapp disrupting a football game warmup against the Pittsburgh Steelers. A heated argument broke out between Warren and Jerome Bettis after Jerome shoved Sapp. He was not fined for this incident. A similar incident occurred in 2003, when Sapp was scolded for disrupting a Colts warmup. Not long afterward, Sapp ran onto the field and bumped into an NFL referee before a game against the Washington Redskins. He was fined $50,000.

In 2007, he was ejected from a game for a verbal altercation. It all began from a penalty dispute, eventually landing Sapp three unsportsmanlike conduct penalties after he mouthed off at officials repeatedly. The NFL fined Sapp $75,000.

Legal Trouble: Sapp was arrested in South Florida on February 7, 2010, for domestic battery. The charges were eventually dropped.

The day after the Super Bowl on February 2, 2015, he was arrested again for suspicion of soliciting a prostitute and assault. His contract with the NFL Network had been dropped at this point. The charges were dismissed in May of the same year.

Bankruptcy: 2010 proved to be the start of a very rough time for Sapp. PNC Bank was awarded a judgment of $988,691.99, and in 2011 filed a monthly lieu of $33,333 against Warren's NFL Network paycheck of $45,000. He owed money to the International Revenue Service, alimony and child support payments, unpaid property taxes, and various attorneys and friends. This all formed a massive debt of over $1.8 million.

It was reported by the Associated Press on April 7, 2012, that Sapp had filed for bankruptcy. He has claimed to have lost his Buccaneer Super Bowl ring, as well as his University of Miami championship rings. By 2012, his debts added up to $6.7 million, against his assets which were valued at $6.45 million.

Real Estate: Due to his bankruptcy, Sapp was forced to sell his 15,162 square-foot luxury home in Windermere, Florida. The property was at one time valued at $7 million, unfortunately it was sold for just $2.9 million. 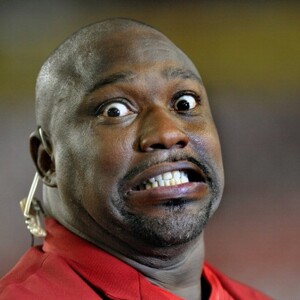