Walter Jones Net Worth: Walter Jones is a former American football player who has a net worth of $20 million. Born Walter Jones, Jr. on January 19, 1974, in Aliceville, Alabama, he could be seen playing as offensive tackle in the National Football League (NFL) for thirteen seasons. While studying at the Florida State University, Jones decided to skip his final year of college eligibility in order to enter the 1997 NFL Draft.

Ever since he was drafted by the Seattle Seahawks in the first round and sixth overall in the 1997 NFL Draft, he had remained with the team for his entire professional career ranging from 1997 to 2009. As an active NFL player, Jones was a seven-time All-Pro selection and eventual NFL 2000s All-Decade Team honoree. He both played and started each of his 180 games in Seattle. With Jones on the field, the Seahawks attempted over 5,500 passes, while Jones gave up a total of only 23 quarterback sacks, and got penalized for holding only nine times. This makes Walter Jones one of the best offensive lineman of all time. 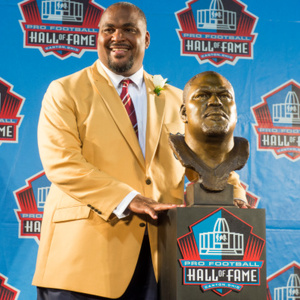