Vontaze Burfict net worth: Vontaze Burfict is an American professional football player who has a net worth of $12 million. Vontaze Burfict was born in Los Angeles, California in September 1990. He is a linebacker who was a USA Today and Parade High School All-American at Centennial High School. Burfict played his college football for Arizona State University where he was named Pac-10 Defensive Freshman of the Year and a Freshman All-American in 2009. He was also named Pac-10 Defensive MVP and First-team All-American in 2010. Burfict went undrafted in the 2012 NFL Draft but signed with the Cincinnati Bengals where he has played since 2012. In 2013 he was selected to the Pro Bowl and was Second-team All-Pro and Burfict was ranked #52 in the Top 100 Players of 2014. After the 2013 season he topped the list for the NFL's Performance-Based Pay program and earned just short of $300 thousand. In 2014 he signed a four year deal with the Bengals. 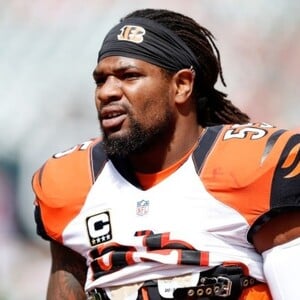