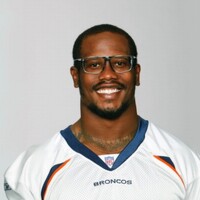 What is Von Miller's net worth and salary?

Von Miller is an American football linebacker for the Denver Broncos who has a net worth of $60 million. At the peak of his career, Von Miller was one of the highest-paid athletes in the world. For example, between June 2017 and June 2018, Von Miller earned $35 million in salary and endorsements. During his NFL career Von Miller has played for the Buffalo Bills, Denver Broncos and Los Angeles Rams. He won Super Bowls with both teams. Among his many accomplishments, Miller holds the record for most career sacks in Broncos franchise history.

During his NFL career, Von Miller earned $144 million in salary alone. He earned tens of millions more from a variety of endorsement deals.

Von Miller was born on March 26, 1989 in DeSoto, Texas to Von Sr. and Gloria. He has a younger brother named Vinsynzie. As a teen, Miller went to DeSoto High School, where he played on the football team and participated in track. When he was a junior, he posted 37 tackles and seven sacks; as a senior, he recorded 76 tackles and six sacks, and was named the District 8-5A Defensive MVP.

For college, Miller committed to Texas A&M University, where he played for the Aggies football team. Playing defensive end as a freshman in 2007, he recorded 22 tackles and two sacks. In his second year with the Aggies, Miller was a weakside linebacker. He posted 44 tackles and 3.5 sacks during the season. Miller had his breakout season as a junior in 2009, leading the nation in sacks with 17 and earning first-team All-American honors. In his final year with the Aggies, Miller recorded 10.5 sacks and was again named a first-team All-American; moreover, he won the Butkus Award as the top linebacker in the nation. Miller graduated from Texas A&M with a degree in poultry science.

In the 2011 NFL Draft, Miller was chosen by the Denver Broncos with the second overall pick. He went on to have a highly successful rookie season, earning AFC Defensive Player of the Week honors for his Week 11 performance against the New York Jets, and making it to the Divisional Round against the New England Patriots. Selected to the Pro Bowl, he was also named AP Defensive Rookie of the Year. Miller had another strong season in 2012, receiving AFC Defensive Player of the Month honors for November and again making it to the Divisional Round. He also earned his second Pro Bowl selection and his first All-Pro selection. Following a six-game suspension for trying to cheat a drug test at the start of the 2013 season, Miller returned in late October. However, his season ended early due to a torn ACL; the Broncos went on to Super Bowl XLVIII, losing to the Seattle Seahawks.

Following his recovery, Miller bounced back to record 59 tackles and 14 sacks in 2014. The Broncos made it to the Divisional Round, losing to the Indianapolis Colts. The following season, Miller posted his 50th sack, becoming the third-fastest player in NFL history to reach that amount. In the Divisional Round, the Broncos beat the Pittsburgh Steelers, and in the AFC Championship, beat the New England Patriots. Advancing to Super Bowl 50, the Broncos defeated the heavily favored Carolina Panthers; for his performance, Miller was named Super Bowl MVP. 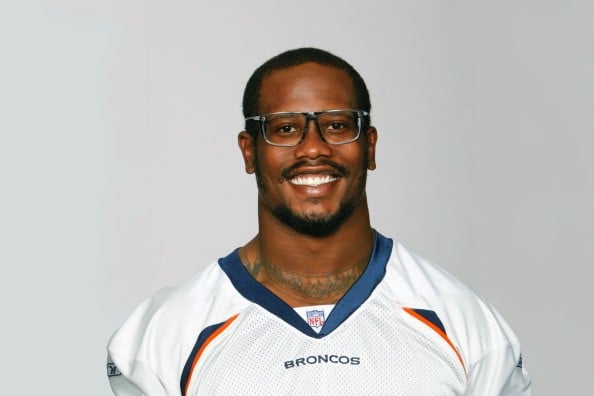 In 2016, Miller signed a new six-year deal with the Broncos valued at $114.5 million. He finished the season with 13.5 sacks. In 2017, Miller had his fourth straight season with at least ten sacks, and made his sixth Pro Bowl. The following season, he posted his 100th career sack and made it the Pro Bowl again. Another Pro Bowl appearance followed the next year. Miller subsequently ended up missing the 2020 season due to a foot injury that placed him on injured reserve. In 2021, he played in six games before weathering another foot injury in late October that ended his season. Miller concluded his Broncos tenure with the franchise record for career sacks, with 110.5.

Miller was traded to the Los Angeles Rams in November of 2021. He made his debut in Week 10, posting three tackles in a loss to the San Francisco 49ers. Miller's best game with the Rams came in Week 17, when he recorded five tackles and two sacks in a win over the Baltimore Ravens. The Rams went on to play in Super Bowl LVI, where Miller helped the team defeat the Cincinnati Bengals 23-20 to win his second Super Bowl title.

In the spring of 2022, Miller signed a six-year, $120 million contract with the Buffalo Bills.

Miller has run into trouble with the law on a few occasions. In the summer of 2013, he was arrested for failing to appear at a tribunal for driving-related charges he incurred the previous year. A little later, Miller was caught speeding and driving with a suspended license in Colorado. In 2018, he reportedly caught and released a hammerhead shark while on a guided fishing tour off the Florida coast, which is illegal.

Miller runs his own farm, where he raises chickens. He is also the founder of Von's Vision, which provides eyewear and optical examinations to youth in the Denver area. The organization partners with both regional and national eyewear retailers to hold "Vision Days" for low-income children.