Virgil Green net worth: Virgil Green is an American football player at the tight end position for the NFL's Denver Broncos who has a net worth of $14 Million. Virgil Green was born in Tulare, California in 1988 where he played high school football at Tulare Union High School and was a first-team All-East Yosemite League selection with 61 catches for 1, 104 yards and 12 touchdowns in his high school career.

Virgil Green played college football for the University of Nevada Wolf Pack where he redshirted his freshman year in 2006 to recover from an injury, then played all 13 games in 2007 and 2008, and all 12 games in 2009, becoming a favorite target of Nevada quarterback Colin Kaepernick. In 2009, Green was a part of the group that became the first team in NCAA history to have three players rush for 1,000 yards in the same season. In 2010, Virgil Green was the only Western Athletic Conference WAC) player named to the John Mackey Award watch list as the nation top tight end. At the 2011 NFL combine, Green performed well in the broad and vertical jumps and was considered to be one of the top tight end prospects in the draft. Virgil Green was selected with the 204th overall pick in the seventh round of the 2011 NFL Draft by the Denver Broncos. 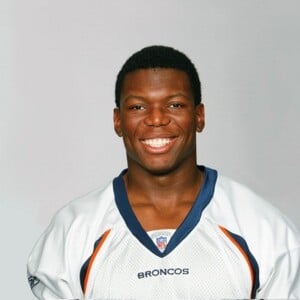