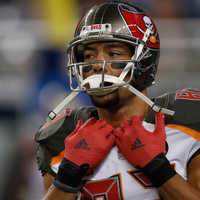 Vincent Jackson net worth and salary: Vincent Jackson is an American professional football player who has a net worth of $50 million dollars. Vincent Jackson was born in Colorado Springs, Colorado and was an exceptional player in both football and basketball. An excellent student academically, he turned down an offer to attend Columbia in order to attend the University of Northern Colorado on a basketball and football scholarship. While at the University of Northern Colorado, he set multiple records, including being the all-time school leader in receiving, punt returns, kick returns, and receiving touchdowns. The San Diego Chargers drafted him in 2005, but multiple injuries during his first season with the team hampered his ability to make an impression. Over the course of the next few seasons, he proved himself to be a strong player, though he also made headlines for misconduct off the field. He is a three-time Pro Bowl selection. In October of 2012, he signed a 5-year deal with the Tampa Bay Buccaneers.