What Is Vince Young's Net Worth and Salary?

Vince Young is a former NFL quarterback who has a net worth of $400 thousand. Young played for the Tennessee Titans from 2006 to 2010 and the Philadelphia Eagles in 2011, and he played for the Buffalo Bills, Cleveland Browns, and Green Bay Packers during the offseason from 2012 to 2014. His first major payday came in 2006 when the Tennessee Titans ponied up $2.6 million for the season. At the peak of his career during the 2007-2008 season, Vince earned an annual salary of $13.1 million. He won numerous awards, was a two time Pro-Bowl selection, and was named both the NFL Rookie of the Year and the AP NFL Offensive Rookie of the Year in 2006. During his football career, he earned around $30 million in endorsement deals from companies such as Reebok, Madden NFL, and Campbell's Soup.

In 2012, it was revealed that Young had blown through the majority of his football fortune and was nearly flat broke. In January 2014, he filed for Chapter 11 bankruptcy protection, listing assets of $500,000 to $1 million and liabilities ranging $1 million to $10 million. After announcing his retirement from the NFL in June 2014, Vince worked in the Division of Diversity and Community Engagement at the University of Texas. In 2021, the school hired him as a special assistant in the athletic department. Young has been inducted into the Texas Sport Hall of Fame (2017), Rose Bowl Hall of Fame (2018), and College Football Hall of Fame (2019), and Vince and his mother established the charitable organization the Vincent Young Foundation, which is dedicated to "improving the quality of life of underprivileged children with a special focus on promoting academic and athletic excellence."

Vince Young was born Vincent Paul Young Jr. on May 18, 1982, in Houston, Texas. He was raised by his mother, Felicia, and his grandmother. His father, Vincent Sr., spent some time in prison after being convicted on burglary charges in 2003. When Vince was 7 years old, he was hit by a car while he was riding his bicycle. The handlebar went into Young's stomach, and he was hospitalized for months after the accident. He attended Dick Dowling Middle School and Madison High School, and at Madison, he was a quarterback on the football team for three years. He also played basketball, baseball, and football and ran track. In high school, Young was named National Player of the Year by "Student Sports" and "Parade" and won the Pete Dawkins Trophy at the Army All-American Bowl. He was also named the 2001 Texas 5A Offensive Player of the Year.

After graduating from high school, Vince played football for the University of Texas. During his college football career, he was named Big 12 Conference Offensive Freshman of the Year, Rose Bowl Most Valuable Player (twice), All-American Offensive Player, and Big 12 Male Athlete of the Year, and he won the Davey O'Brien National Quarterback Award, Maxwell Award for College Player of the Year, Cingular All-America Player of the Year Award, Manning Award, ESPY Award for Best Game, and ESPY Award for Best Championship Performance. In 2005, Young received 1st Team All-Big 12 Conference honors, and between his sophomore and junior years, he appeared on the cover of the magazine "Dave Campbell's Texas Football." The team defeated the University of Michigan in the 2004 Rose Bowl and the USC Trojans in the 2006 Rose Bowl. Vince's #10 jersey was retired by the University of Texas in August 2008.

In January 2006, Young announced that he was entering the NFL draft instead of returning to the University of Texas, and he was drafted by the Tennessee Titans during the first round as the third overall pick. His preseason debut took place on August 12, 2006, against the New Orleans Saints, and his first career start occurred on October 1, 2006, against the Dallas Cowboys. He was named to the 2007 Pro Bowl, and in 2008, he injured his knee during the first game of the season and was relegated to backup duties for the rest of the season. Vince resumed starting quarterback duties in November 2009, and "Sporting News" later named him the 2009 NFL Comeback Player of the Year. In 2010, he played in his second Pro Bowl, and after suffering a torn flexor tendon in his thumb during a Week 11 game, he tossed his shoulder pads into the stands and had an argument with Coach Jeff Fisher in the locker room. Fisher subsequently decided that Rusty Smith would replace Young as starting quarterback, and in January 2011, Bud Adams, the team's owner, announced that Vince would not be playing on the Titans for the upcoming season. He ended his time on the team with a 75.4 quarterback rating and a 30–17 record.

The Titans released Young on July 28, 2011, and he signed a one-year contract with the Philadelphia Eagles the next day. He started in three games, and two of them were losses. In May 2012, he signed a one-year contract with the Buffalo Bills, but the team released him three months later. Vince then signed one-year deals with the Green Bay Packers (August 2013) and Cleveland Browns (May 2014), but in both cases he was released within a few weeks. In March 2017, he signed with the Canadian Football League team the Saskatchewan Roughriders, and while attending training camp, he injured his hamstring. It was announced that Young would miss four to six weeks because of the injury, and five days after the announcement, the team waived him. 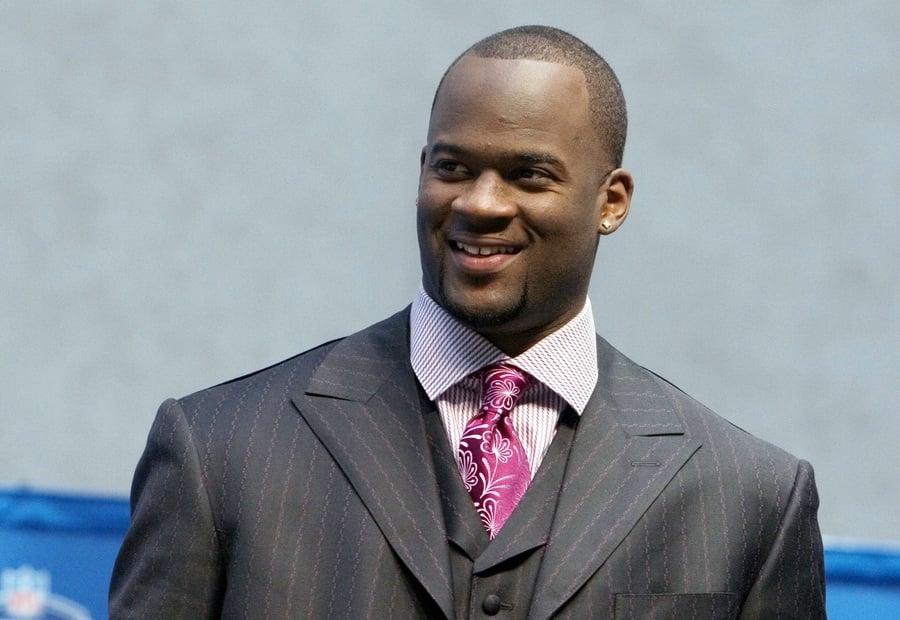 During his NFL career, Vince Young earned a total of $34 million in salary. He earned $30 million from his rookie contract alone. He then earned another $4 million playing for the Eagles in his final NFL season.

Vince married Candice Johnson, his high school sweetheart, on April 15, 2012, and they have a son named Jordan. In 2006, Houston mayor Bill White proclaimed January 10th "Vince Young Day," and on February 20, 2007, the Texas Senate passed a resolution to make "Vince Young Day" a statewide celebration. In 2008, Young re-enrolled at the University of Texas, and he graduated in 2013 with a youth and community studies degree.

In September 2012, it was reported that Young had defaulted on a $1.9 million payday loan and was facing financial problems. He filed a lawsuit against Pro Player Funding LLC to try to stop the lender from enforcing a nearly $1.7 million judgment, alleging that the loan documents had been forged despite the fact that the loan payments were authorized directly from his Eagles salary and that his signatures had been notarized. Vince also sued his former agent and a North Carolina financial planner, claiming that they had misappropriated more than $5 million. He filed for Chapter 11 bankruptcy in January 2014, and later that month, he asked for the bankruptcy filing to be dismissed after he settled the lawsuits he was involved in. 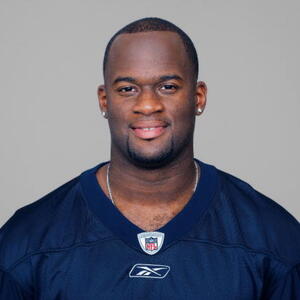