Vince Wilfork's salary is $19 million a year. He is currently has a four year contract with the Patriots.

Vincent Wilfork is an American professional football player who has a net worth of $60 million. Vincent Wilfork has earned his net worth as nose tackle for the New England Patriots of the National Football League (NFL). Wilfork was born in Boynton Beach, Florida on November 4, 1981, and he attended Santaluces Community High school in Palm Beach County, Florida. During his high school career he was a letter winner in football, wrestling, and track and field. He won USA Today's second team All-American honors in football, the Florida Class 4A state champion in the shot put and the discus in 2000. His shot put throw of 68 feet, is the Florida state high school record. He was drafted by the Patriots in the first round (21st overall) in the 2004 NFL Draft, and played college football at the University of Miami. Wilfork was named to both the Pro Bowl and the All-Pro team in 2007, 2009 and 2010, and he is considered to be one of the premier nose tackles in the NFL. At the University of Miami he played both football and track and field; he holds the Miami indoor school record in the shot put. Wilfork also started The Vince Wilfork Foundation, a charity that supports diabetes research, he is married to his wife Bianca; they have three children. Wilfork was re-signed by the Patriots on March 5, 2010; he entered the season having played in 106 games with 96 starts over seven seasons with the Patriots from 2004-2010. He finished the season with 87 total tackles, second in his career to his 91 tackles in 2005. He was named a co-captain for the third consecutive year, and was voted to his third career Pro Bowl. He was also named to the Associate Press All-Pro team, and was credited with his first two sacks of the season, by dropping Chad Henne; this was Wilfork's first career two-sack game. 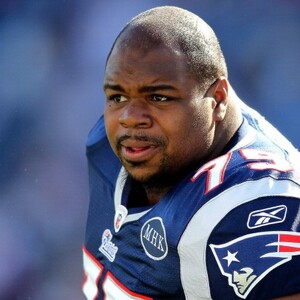