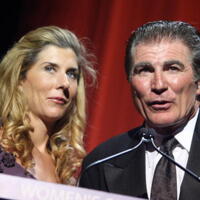 Vince Papale net worth: Vince Papale is a former American football player who has a net worth of $1.5 million dollars. Born in Chester, Pennsylvania, Vince Papale excelled in multiple sports including football, basketball, and track and field. He is one of the Top 10 high school pole-vaulters in Pennsylvania history. He graduated from St. Joseph's University with a degree in Marketing/Management Science in the late 60s. While at St. Joseph's he continued to win track and field competitions, but did not play football, as the college had no football program. He began playing football again after he graduated, playing for the Aston Green Knights of the Seaboard Football League, a semi-pro league. He tried out for a spot on the Philadelphia Bell with the World Football League, and his excellent season with that team led to an offer from the Philadelphia Eagles. He played for the Eagles for two seasons, before a shoulder injury forced him to retire. The movie, "Invincible" starring Mark Wahlberg, is based on his life.