Victor Cruz net worth and salary: Victor Cruz is an American football player who has a net worth of $16 million and annual salary of $8.6 million. Victor Cruz was born on November 11, 1986 in Paterson, New Jersey. He attended Paterson Catholic High School and then did a post-grad semester at Bridgton Academy in Maine.

He then went on to the University of Massachusetts. He had 131 catches during his college career, which ranks him 4th on UMass' all time receptions list. That's an especially impressive feat when you consider the fact that Victor did not start a single game during his during year. Victor went undrafted in the 2010 draft but was soon signed by the NY Giants. After an impressive 2010 preseason, he managed to land a spot on the Giants' regular roster. Unfortunately a ham string cut his 2010 regular season short after just three games. Cruz and the Giants won the NFC championship in 2011. They won the Super Bowl in 2012. His 2014 season ended after Victor suffered a ton patellar tendon. In July 2013, he signed a 5-year $45.9 million contract extension with the Giants. 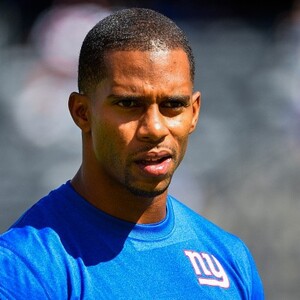