Vernon Davis net worth: Vernon Davis is an American professional football player who has a net worth of $16 million. Vernon Davis was born in 1984 in Washington, DC where he attended Paul Public Charter School and Dunbar High School, lettering in football, basketball, and track & field. Vernon Davis was considered to be the 4th best tight end in the class of 2003, though he also played wide receiver, kick returner, linebacker, and defensive end.

Vernon Davis was selected to play in the U.S. Army All-American Bowl. Vernon Davis attended and played for the University of Maryland, where he majored in studio art. He played all 13 games as a freshman, sophomore, and junior. Vernon Davis was a 2005 Consensus All-American and finalist for the Mackey Award for the nation's top tight end. Vernon Davis was drafted in the first round, sixth overall, by the San Francisco 49ers. He signed a five-year $23 million deal making him the NFL's top paid tight end at the time. He spent his first three seasons in the NFL battling injuries. Vernon Davis finally lived up to his contract in 2009, where he co-led the NFL in touchdown receptions. 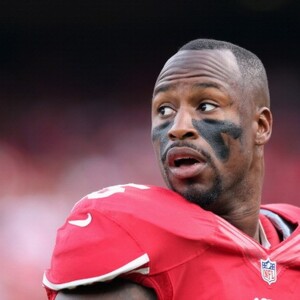