Tyrod Taylor Net Worth: Tyrod Taylod is an American professional football player who has a net worth of $1.6 million. was born in Hampton, Virginia in 1989 and played football at Hampton High School, where he was not only quarterback, but also the team's kick returner and safety. He was a 3-year started and ranked the number one dual-threat quarterback in the nation in 2007 by Rivals.com. 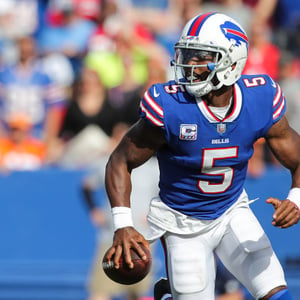