What is Troy Polamalu's Net Worth and Career Earnings?

Troy Polamalu is a former professional American football safety who has a net worth of $40 million. Polamalu is considered a Steelers legend, having played for the Pittsburgh-based NFL team for the entirety of his 12-season career. After proving his potential while playing college football for the University of Southern California, Troy was picked by the Steelers in the first round of the 2003 NFL Draft. During his time with the Steelers, Polamalu won two Super Bowl championships and won the NFL Defensive Player of the Year award in 2010. As soon as he became eligible in 2020, Troy was inducted into the Pro Football Hall of Fame.

Troy Aumua Polamalu was born on April 19th of 1981 in Garden Grove, California. At the age of eight, he visited Oregon and fell in love with the state. After pleading with his mother incessantly, Troy and his family relocated to Oregon, where he attended high school. During his high school years, he proved his potential despite missing most of his senior season due to injury. He also excelled on the baseball and basketball teams.

After graduating from high school, Polamalu attended the University of Southern California on an athletic scholarship. Over the next three years, he continued to show his potential, despite suffering a concussion during his freshman season. By his senior season, Troy had accumulated 278 tackles, 6 interceptions, 4 blocked punts, and 3 touchdowns. Despite not finishing his bachelor's degree in history, he returned to USC during the 2011 lockout to complete his education.

Troy was drafted by the Steelers in 2003, becoming one of only two safeties ever drafted by the team during the first round. He then signed a five-year, $12-million contract with the team. Polamalu's debut came against the Baltimore Ravens in 2003. Although he competed with Mike Logan for the starting position on the lineup, Troy made a strong impact. He finished his rookie season with 38 combined tackles despite playing as mostly a backup to the starting strong safety.

By 2004, he had become the new starting safety for the Steelers after head coach Bill Cowher became convinced of his potential. His numbers started to increase as he was given more playing time, and he racked up 11 combined tackles in a single game against the Ravens. By the end of the season, Polamalu was named to the Pro Bowl for the first time in 2005. When the next season started, he retained his position as starting strong safety and sacked Houston's quarterback David Carr three times in a single game. This meant that he had set the NFL record for most sacks by a safety in a single game.

By the end of 2005, Troy had racked up 91 combined tackles in 16 games. This earned him First-Team All-Pro honors. In the post-season, the Steelers faced off against the Seattle Seahawks during Super Bowl XL. The Steelers won the game, and Troy recorded five tackles to win his first Super Bowl. 2006 was another excellent season for Polamalu, and he was voted to the Pro Bowl for the third consecutive time. 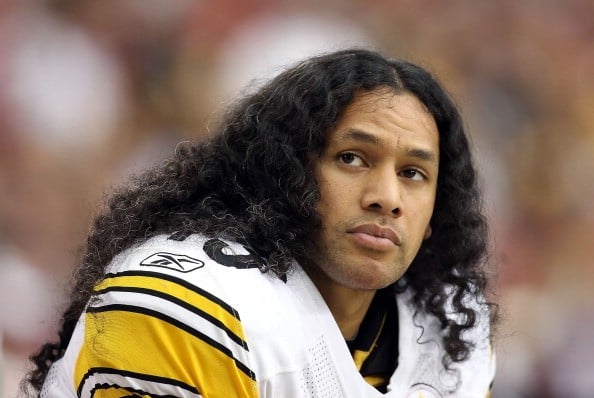 By 2007, the Steelers were eager to keep Troy on their team. They signed him to a new four-year contract extension worth just over $30 million. This made him the highest-paid safety in the entire league for a brief period of time. However, 2007 turned out to be an injury-plagued year for Polamalu, who only played 12 games. He was forced to undergo rehab at the end of the season. It didn't get any better in 2008, as he missed training camp because of a hamstring injury. However, he eventually returned to full capacity and helped the Steelers achieve another Super Bowl victory against the Arizona Cardinals in 2009.

Another injury in 2009 meant that he missed most of the season. Although he continued to struggle with injury issues over the next few years, he won the Defensive Player of the Year Award in 2010. In 2011, the Steelers extended Troy's contract by four years once again, this time signing him to a $36.4-million deal. By 2013, it was clear that the Steelers needed to replace Polamalu sometime soon, as he was continuing to struggle with a number of injuries.

Despite this, the Steelers signed him to another three-year contract extension worth $20-million in 2014. This came just one year before his retirement in 2015. Although he stated that he was retiring because of family commitments, widespread reports suggested that the Steelers had forced him to retire by threatening to release him if he tried to continue.

During his NFL career, Troy earned $72 million in salary alone. He earned tens of millions more from endorsements.

Troy is an investor in Arenda Capital. Troy is also allegedly somewhat of a real estate tycoon, reportedly earning hundreds of thousands of dollars per year in rental income alone. This is more than enough for him to live comfortably without touching his savings. In addition, Polamalu has a stake in LYFE Kitchen, a company founded by Oprah Winfrey.

In 2018, it was reported that Polamalu had purchased a home in San Diego for $9 million. The residence was first listed earlier that year for $9.9 million, and it lies in the community of Rancho Santa Fe. It features Spanish-style construction and sits on 3.25 acres of land. The property includes one main house and three guesthouses. The main residence boasts seven bedrooms and is constructed around a 200-year-old oak tree. Additional features include a walk-in wine cellar and glass walls. Outside, there is a tennis court, a main pool, and a separate lap pool. 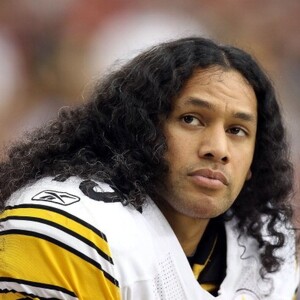