Trent Williams Net Worth: Trent Williams is an American professional football player who has a net worth of $14 million. Trent Williams was born in Longview, Texas in July 1988. He is an offensive tackle who played at Longview High School where he was a unanimous first-team all-district selection. Williams played his college football at the University of Oklahoma where he was a unanimous All-American in 2009 and First-team All-Big 12 in 2008 and 2009. He was drafted #4 by the Washington Redskins in the 2010 NFL Draft and has spent his entire NFL career playing for Washington. Williams made the Pro Bowl in 2012, 2013, 2014, and 2015. In 2015 he was ranked #47 in the Top 100 Players in the NFL. In 2010 he signed a six year deal with the Redskins for $60 million. In 2015 he signed a five year extension worth $66 million with $43.25 million guaranteed. 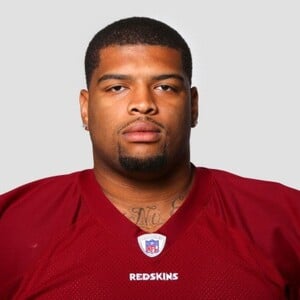