Trent Richardson Net Worth: Trent Richardson is an American professional football player who has a net worth of $6 million. Trent Richardson was born in Pensacola, Florida in July 1990. He is a running back who was a USA Today High School All-American at Pensacola Escambia High School. Richardson played his college football at the University of Alabama where he won the BCS National Championship in 2009 and 2011. He was a Unanimous All-American, Doak Walker Award winner, and SEC Offensive Player of the Year in 2011. Richardson was drafted #3 by the Cleveland Browns in the 2012 NFL Draft. He played for the Browns from 2012 to 2013 and then for the Indianapolis Colts from 2013 to 2014. Richardson was named the Pepsi NFL Rookie of the Week and Ranked #71 in the list of Top 100 Players in the NFL in 2013. In 2012 he signed a four year deal with the Browns for $20.4 million with a $13.3 million signing bonus. 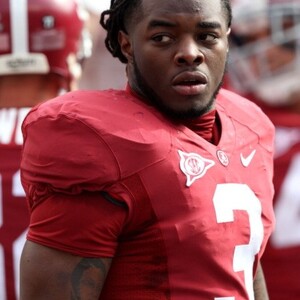