Torry Holt Net Worth: Torry Holt is a former American college and professional football player who has a net worth of $16.7 Million. Born Torrance Jabar Holt on June 5, 1976, in Gibsonville, North Carolina, he played as a wide receiver in the National Football League (NFL) for eleven seasons. While he attended North Carolina State University, Holt served as wide receiver for the NC State Wolfpack football team from 1995 to 1998.

Not only did he earn All-American honors there, but also his number, 81, was retired in 1999. Once he was drafted by the St. Louis Rams in the first round of the 1999 NFL Draft, he played the following ten years with the Rams and is remembered as one of the members of the "Greatest Show on Turf. In addition to spending the majority of his career as a Ram, he also spent the last two seasons with the Jacksonville Jaguars (2009) and New England Patriots (2010). An incredibly talented NFL player as he was, Torry Holt was named to the Pro Bowl seven times and retired with the 10th most receiving yards in NFL history, including a record six consecutive seasons with 1,300 yards. Nowadays, he works as an analyst for the NFL Network. 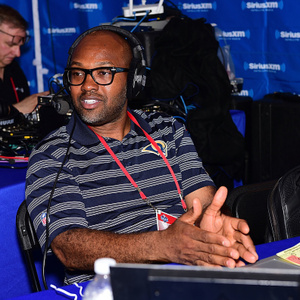