How much is Tony McDaniel Worth?

Tony McDaniel net worth: Tony McDaniel is an American football player who has a net worth of $7.6 million. He currently plays defensive tackle for the Seattle Seahawks. Tony McDaniel was born on January 20, 1985 in Hartsville, South Carolina. He played college football at the University of Tennessee but was dismissed from the team following his assault on a fellow student during a pickup basketball game. He left college as a junior and entered the 2006 NFL Draft. Though he wasn't selected by any team, he signed with the Jacksonville Jaguars as a free agent. He played in 11 games in his rookie season, finishing with 16 tackles and one sack. He played sparingly his next two seasons, making 14 appearances and recording 21 tackles and 0.5 sacks. In March 2009, McDaniel was traded to the Miami Dolphins for a seventh-round pick. He played four seasons with the Dolphins, appearing in 54 games and compiling 82 tackles, seven sacks and eight passes defended. In 2013, McDaniel signed a one-year contract with the Seattle Seahawks. He started in 15 games and played in all 16, finishing with 53 tackles, two sacks and a pass defended. In 2010, McDaniel was arrested on the charge of domestic battery against his girlfriend. The charges were later reduced to disorderly conduct. He pled no contest to the misdemeanor, and was sentenced to six months probation and a requirement to attend counseling. 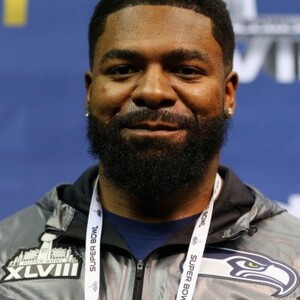