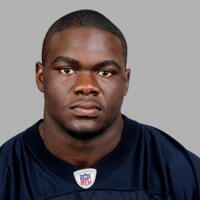 Tommie Harris Net Worth: Tommie Harris is a former American professional football player who has a net worth of $14 million. Born in 1983, Tommie Harris attended college at the University of Oklahoma, where he played defensive tackle for the Sooners. Harris was highly decorated in college, earning first-team All-Big 12 honors twice. He was a two-time consensus All-American and earned both the Lombardi Award and the Bill Willis Trophy in 2003. The Chicago Bears drafted Harris with the 14th overall pick during the first round of the 2004 NFL Draft. Harris went on to play in the Windy City until 2010. He signed a deal with the Indianapolis Colts heading into the 2011 season, but did not suit up in a regular season game for the team. Instead, Harris landed with the San Diego Chargers in 2011, though it was the last season he'd play before his retirement. Harris finished his pro playing career with 226 tackles, 31.5 quarterback sacks, and one interception. He made headlines in college for turning down his selection to the "Playboy" photo shoot for the All-America team, noting that he has four sisters, and doesn't want to promote the Playboy lifestyle. Since his retirement, he has become the co-owner of the Texas Outlaws in the Fall Experimental Football League. Harris lost his wife, Ashley, in 2012 to a brain aneurysm or stroke.