Tom Nalen Net Worth: Tom Nalen is a former American professional football player who has a net worth of $13 million. Tom Nalen was born in Foxborough, Massachusetts, in 1971, and played college football in his home state for the Boston College Eagles. The six-foot-three, 286-pound offensive lineman was drafted with the 218th overall pick during the seventh round of the 1994 NFL Draft.

Despite his low draft position, Nalen went on to become an anchor at the center position for the Denver Broncos. He played every game of his NFL career between 1994 and 2008 in the Mile High City. He is a five-time Pro Bowl player, appearing in 1997, 1998, 1999, 2000, and 2003. Nalen earned All-Pro honors three times in 1999, 2000, and 2003. He was part of two Super Bowl-winning teams with the Broncos: Super Bowl XXXII and Super Bowl XXXIII. Nalen earned 2003 NFL Alumni Offensive Lineman of the Year honors. He was part of the franchise's 50th Anniversary Team and is a member of the Broncos Ring of Fame. Nalen played in 194 career games with 188 starts. Following his early 2009 retirement, he began working on ESPN Denver radio shows, a position he held until the summer of 2014. 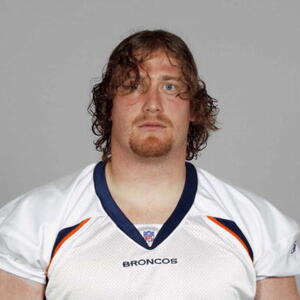