What is Tom Brady's Net Worth?

Tom Brady is an American football quarterback, spokesman and entrepreneur. As of this writing, Tom Brady has a net worth of $250 million. That is a separate net worth from his wife, supermodel Gisele Bundchen who has a $400 million fortune on her own. Combined, Tom and Gisele are worth $650 million. Brady has played in a record nine Super Bowls with the New England Patriots, winning six of them, the most of any player in NFL history. He has won a record four Super Bowl MVP awards as well as three NFL MVP awards over the course of a decade.

In 2020 Tom jumped from his longtime home with the New England Patriots to the Tampa Bay Bucs. His two-year Bucs contract is worth $50 million and could include $9 million in incentive bonuses. By the time his contract ends, Tom will have earned north of $400 million from salary and endorsements during his career.

Tom Brady was born on August 3rd, 1977 in San Mateo, California to a family of sports fanatics. He is the only son and fourth child of Galynn and Thomas Brady. He has three older sisters: Nancy, Julie, and Maureen. He was raised Catholic. Growing up, he attended San Francisco 49ers games with his family. He was a fan of Joe Montana. He grew up a fan of the Los Angeles Lakers and Boston Celtics. He went to football camp as a kid at the College of San Mateo, where future NFL quarterback Tony Graziani was his camp counselor and taught him how to throw the football.

Brady graduated from San Mateo's Junipero Serra High School in 1995, where he played football, baseball, and basketball. He became the starting quarterback of his high school team during his junior year. During his senior year, he made highlight tapes and sent them to colleges they wanted to go to. Back in the mid-1990s, the college recruiting of athletes was very different. If Brady was graduating from high school today, he would be considered a four-star recruit. These rankings were not widely used back in 1995. Brady narrowed his life of colleges down to Cal, UCLA, USC, Michigan, and Illinois. Brady was also drafted by the Montreal Expos in the 18th round of the 1995 MLB Draft. Brady signed to play college football with the University of Michigan.

In college, Brady was the backup quarterback (behind future NFL QB Brian Griese) for the first two years. Brady struggled to get playing time. He ended up starting every game of the 1998 and 1999 seasons. During his first full year as a starter, he set new Wolverine records for most pass attempts and completions in a season. Michigan won 20 of 25 games Brady started. He had an impressive college career but still was not an early draft pick. Brady was drafted with the 199th pick in the sixth round of the 2000 draft by the New England Patriots. 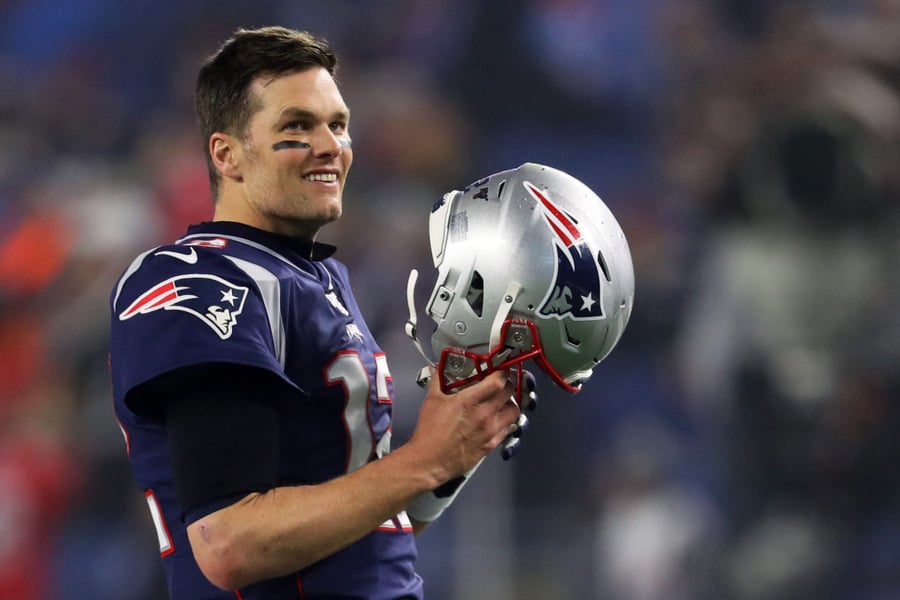 Due to his late selection, Brady is considered the biggest "steal" in the history of the NFL Draft. He went on to become the team's starting quarterback in his second season and was with the Patriots for 20 seasons, the NFL record for seasons as quarterback for one team. He is one of only two quarterbacks to win a Super Bowl in their first season as a starter. He is the winningest quarterback in NFL history and never had a losing season as a starting quarterback while with the Patriots. He led the Patriots to more division titles (16) than any other quarterback in NFL history. With a postseason record of 30–11, he is first all-time in playoff wins and appearances for an NFL player. Brady has led the Patriots to an NFL-record eight consecutive AFC championship games since 2011 (and 13 overall). Brady has also been selected to 14 Pro Bowls, which ties the NFL record for most selections.

Brady was suspended for the first four games of the 2016 season for his alleged involvement in the Deflategate football-tampering scandal. Brady and the Patriots won two of the next three Super Bowls.

In March 2020, Tom Brady announced that he was moving from the New England Patriots to the Tampa Bay Buccaneers. While in Tampa he rents Derek Jeter's palatial custom-built waterfront mansion at a cost of reportedly $70,000 per month.

Tom's Tampa Bay contract is worth a minimum of $50 million over two years. He will essentially earn a base salary of $15 million-plus a $10 million roster bonus each year. If he hits various milestones, the contract could pay as much as $60 million. Tom actually turned down a higher contract from the Patriots because it wasn't fully guaranteed.

On May 10, 2022 it was reported that Tom Brady had signed a 10-year $375 million deal to join the Fox Sports broadcasting booth for NFL games upon his retirement. At $37.5 million per year, this deal would not only be the largest contract in sportscasting history, it would enable Brady to earn a little more than twice as much as quarterbacks-turned-commentators Tony Romo and Troy Aikman. 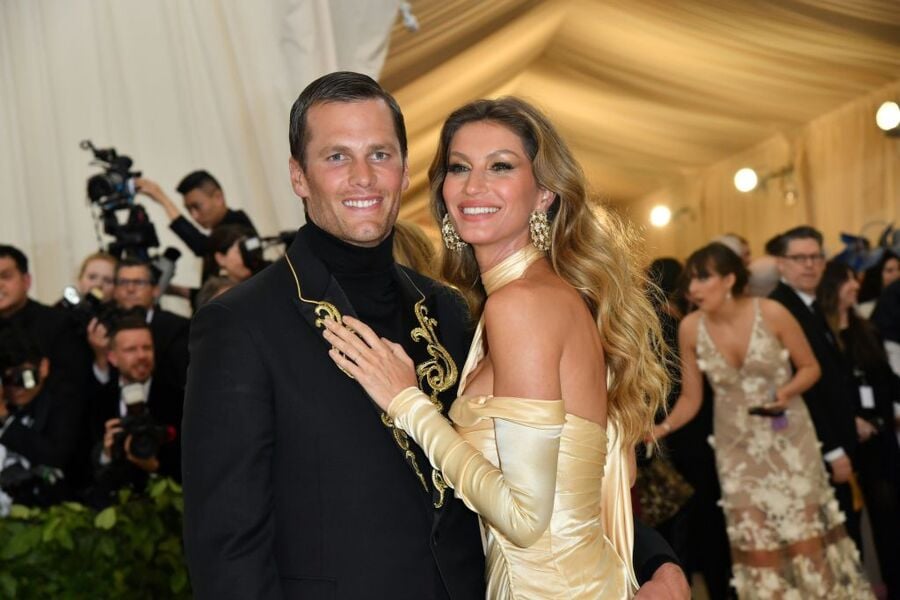 Brady dated actress Bridget Moynahan from 2004 until late 2006. On February 18, 2007, Moynahan confirmed to People magazine that she was more than three months pregnant with Brady's child. Brady and Moynahan ended their relationship sometime in early December 2006, around the time Moynahan became pregnant. John Edward Thomas Moynahan was born in August 2007.

Brady began dating Brazilian model Gisele Bündchen in December 2006. They were introduced by a mutual friend on a blind date. Brady and Bündchen were married on February 26, 2009, in a small ceremony at St. Monica Catholic Church in Santa Monica, California. In April 2009, the couple had a second ceremony in Costa Rica. Their son was born in 2009 and their daughter was born in 2012.

Brady has an annual salary of $30 million. Between 2000 and 2019 while Tom was with the Patriots, he earned $230 million in his career from salary alone. In the same time frame, he earned an additional approximately $100 million from endorsements. During the same period, Gisele Bündchen's career earnings were nearly $500 million.

By the time his two year deal with the Tampa Bay Buccaneers ends, he will have earned a minimum of $280 million in salary and $140 million from endorsements. So by the end of his career, Tom Brady's career earnings should top $420 million.

In early 2020, Tom and Gisele slashed the price on their Massachusetts home. The custom-built home in a gated community in the suburb of Brookline hit the market in 2019 for $40 million. The 5-bedroom, 7-bathroom home's price was cut to $33.9 million in January 2020.

In 2009, Tom and Gisele bought an undeveloped plot of land in LA's Brentwood neighborhood for $9 million. Over the next three years, they spent an additional $20 million constructing a 14,000 square-foot home which they ended up living in for less than a year. In May 2014, Dr. Dre bought the property from them for a cool $50 million. Not a bad way to make $21 million.

In 2018 Tom and Gisele paid $25.5 million for a 12th-floor unit in a New York City building. They sold this unit in December 2020 for $40 million. The still own a smaller unit in the same building. 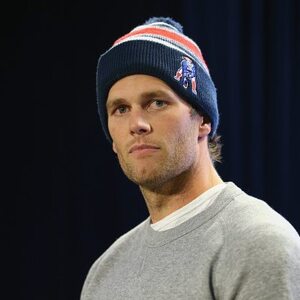