Todd Weiner Net Worth: Todd Weiner is a retired American professional football player who has a net worth of $14 million. Todd Weiner was born in Bristol, Pennsylvania, in 1975, though he did not grow up in the northeast. He attended J.P. Taravella High School in Coral Springs, Florida.

The offensive tackle played college football for the Kansas State University Wildcats before the Seattle Seahawks drafted him with the 47th overall pick during the second round of the NFL Draft held in 1998. Weiner made his professional debut in Seattle later in 1998. He played with the Seahawks until the end of the 2001 season. In 2002, Weiner joined the Atlanta Falcons, where he would go on to play out the remainder of his career until 2008. Weiner's major career accolades came while he was in college. He earned first-team All-Big 12 Conference honors and second-team All-American honors, both during the 1997 season before he turned pro. In the National Football League, Weiner played in 152 career games. He started 116 of them with Seattle and Atlanta, and recovered two fumbles during his career. He was part of the Seahawks' draft class that included fellow NFL players Anthony Simmons, Ahman Green, Deshone Myles, Carl Hansen, Bobby Shaw, and Jason McEndoo. 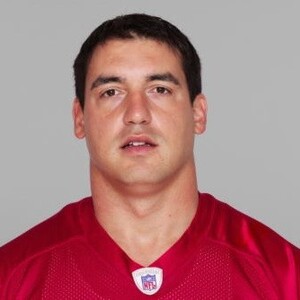