Todd Heap Net Worth: Todd Heap is an American retired professional football player who has a net worth of $13 million. Todd Heap was born in Mesa, Arizona in March 1980. He is a former tight end who was named Mountain 5A Player of the Year at Mountain View High School in Mesa, AZ.

He played college football at Arizona State University and broke the school record for receptions by a tight end. Heap was drafted #31 by the Baltimore Ravens in the 2001 NFL Draft. He played for Baltimore from 2001 to 2010 before finishing his career in his hometown with the Arizona Cardinals in 2011-12. During his career Heap was a two time Pro-Bowl selection in 2002 and 2003. In 2003 he was also named as an All-Pro. Heap was named NFL Alumni Tight End of the Year in 2006. He became Baltimore's all-time leader in touchdown catches and finished second all-time in both yards and receptions. Heap retired in 2013 and in May 2014 the Ravens announced that he would be inducted into their Ring of Honor. Heap finished his career with 499 receptions and 42 touchdowns. Todd has four children with his wife Ashley. 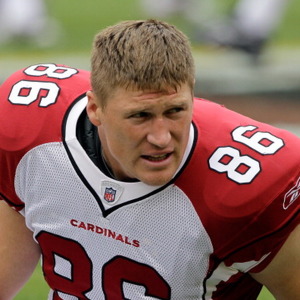