He was drafted #10 by the St. Louis Rams in the 2015 NFL Draft and has played for the St. Louis / Los Angeles Rams since 2015. Gurley was named the NFL Offensive Rookie of the Year in 2015 and was also selected to the Pro Bowl and was a second-team All-Pro. During his first season in the NFL Gurley has 229 rushing attempts for 1,106 yards and 10 touchdowns. 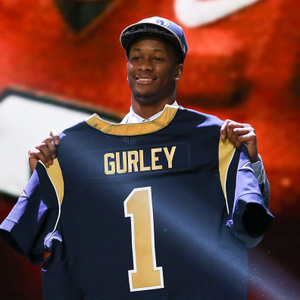