Tim Wright net worth: Tim Wright is an American professional football player who has a net worth of $2 million. Tim Wright was born in Neptune Township, New Jersey in April 1990. Wright is a tight end who played at Wall High School. He played his college football at Rutgers University under head coach Greg Schiano who also coached him in the NFL.

Wright went undrafted but signed as a free agent in 2013 with the Tampa Bay Buccaneers. During his season in Tampa Bay he was moved from wide receiver to tight end. Wright tied records for yards and touchdowns by an undrafted rookie tight end. In 2014 he was traded to the New England Patriots. During the 2014 season Wright had six touchdowns and won the AFC Championship with New England. 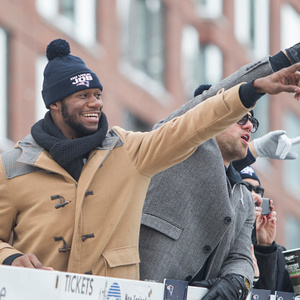