Tim Hasselbeck net worth and salary: Tim Hasselbeck is a retired American football quarterback who has a net worth of $16 million dollars. That is a combined net worth with his TV host wife Elisabeth Hasselbeck. Born in Norfolk, Massachusetts, Tim Hasselbeck was a highly successful quarterback in high school in Massachusetts. He received multiple athletic honors his senior year. He went on to attend Boston College where he graduated with a degree in Marketing. In 2001, he was signed by the Buffalo Bills as an undrafted free agent, and then became part of the Philadelphia Eagles practice team. From 2003-2004, he served as a backup quarterback for the Washington Redskins, and then signed with the New York Giants from 2005-2006, to serve as backup for Eli Manning. In 2007, he began playing for the Arizona Cardinals, but only appeared in one game. He also spent brief periods with the Baltimore Ravens and the Carolina Panthers, but never made it on to the field with either team. In 2007, he began working as a football analyst for ESPN and its affiliates. He is now a co-host for "Fantasy Football Now" on ESPN.com and ESPN2. He has been married to reality star/TV host Elisabeth Hasselbeck since 2002. They have three children together.

Real Estate: In 2012 Elisabeth and Tim paid $4.2 million for a large mansion in Greenwich, Connecticut. They sold the house in 2016 for $4.56 million. Around the same time as the Connecticut sale, the couple purchased a six-bedroom Nashville mansion on more than an acre for $2.18 million. During the time Elisabeth was working in New York City, the couple owned several apartments in the city including a $1.6 million two-bedroom apartment and a $3.3 million four-bedroom apartment. 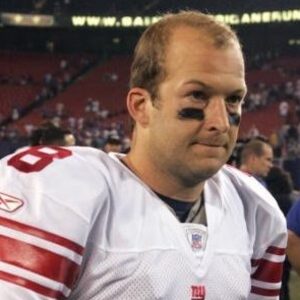