Tim Couch Net Worth: Tim Couch is an American former professional football player who has a net worth of $26 million. Tim Couch was born in Hyden, Kentucky in July 1977. Couch was a quarterback who attended Leslie County High School and set national high school records for most pass completions, touchdown passes, passing yardage, and passing percentage for a season.

He was named Kentucky's Mr. Football in 1995 and was ranked the #6 best high school athlete ever by ESPN. Couch was also a USA Today High School All-American. He played his college football at the University of Kentucky. He was a Consensus All-American in 1998 as well as First-team All-SEC. Couch was named the SEC Player of the Year in 1998. He was the #1 pick in the 1999 NFL Draft by the Cleveland Browns and played for Cleveland until 2003. Couch played for the Green Bay Packers in 2004 and the Jacksonville Jaguars in 2007 but was only with the team for the offseason or on their practice squads. Tim is married to Playboy Playmate Heather Kozar. He now works for Fox Sports South as an analyst on SEC Gridiron Live and for the SEC Regional Network football package. 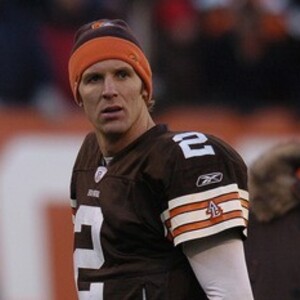