What is Tiki Barber's Net Worth and Salary?

Tiki Barber is an American retired professional football player who has a net worth of $16 million. Although Barber first gained prominence as a running back for the New York Giants, he then continued to rise in fame after becoming a correspondent and author.

All in all, Tiki spent 10 years playing for the Giants before retiring. He then made a failed attempt at returning to the NFL before retiring permanently. Barber's twin brother, Ronde, also played in the NFL for the Tampa Bay Buccaneers. As an entertainer, Barber has appeared in shows like "The Today Show" and "Football Night in America." These shows are both distributed through the NBC network.

Atiim Kiambu "Tiki" Barber was born on April 7th of 1975 in Roanoke, Virginia. Both he and his twin brother were born five weeks premature. Barber was born into an athletic family, as his father James "J.B." Barber was a star running back for Virginia Tech who later played in the NFL. That being said, Tiki's father was not involved in his upbringing and offered very little in the way of financial support to the family. His mother sometimes worked three jobs at a time to support her three sons.

After graduating from high school, Tiki attended the University of Virginia on an academic scholarship. Although Barber was extremely focused on studying business, he also became involved in the school's athletic system. He set new records for the school's track and field department and led the school's football team to new heights. He regularly rushed for over 1,300 yards during a single season.

After joining the New York Giants in 1997, Barber was considered a "third-down" running back. Fortunately for Tiki, other running backs started to perform disappointingly, and he had his chance to shine. Still, his career started at a slow pace. Injuries and lackluster performances during his first few years meant that he was not a standout player.

By the year 2000, Barber was an established member of the Giants' team, and he was offered a new six-year contract. From that point onwards, Tiki played an important role in the team's offense. High points during this period saw him run for 203 yards against the Philadelphia Eagles, who had one of the best defenses in the league at that point. Despite the Giants' terrible form during 2003, Barber scored a career-high amount of 15 touchdowns.

During the 2005 season both Eli Manning and Tiki Barber led the team to a string of better results. They won the NFC East title for the first time in five years, and Barber rushed for a record-breaking 220 yards against the Kansas City Chiefs. He finished that season with a total of 1,860 total rushing yards, which made him the second-placed player in the league.

2006 would prove to be Barber's last season in the NFL. It was late in his career, but Barber still finished the season with a series of spectacular performances. That season, he rushed for 1,662 yards and scored five touchdowns. He finished his career with a game against the Philadelphia Eagles, rushing for 137 yards. His last official game came with the 2007 Pro Bowl in Hawaii. 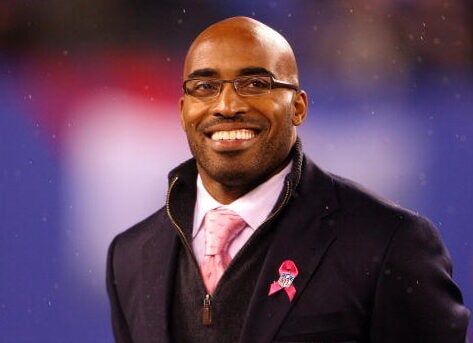 Despite the fact that he was an aging professional athlete, many fans expressed surprise that Barber would decide to retire while he was still performing at his prime. He had been planning to venture into a career in broadcasting for some time, and he stated that he wanted to avoid the physical toll football was taking on his body. The Giants wanted him to sign a 2-year, $50-million contract at this point, but declined.

Tiki also stated that he was okay with leaving the NFL without ever winning a Super Bowl. Somewhat ironically, Eli Manning and the Giants won the Super Bowl the year after Tiki retired. He covered the event as a correspondent, but his presence drew ire from his teammates. Barber had made comments about Eli Manning's lack of leadership qualities earlier, which caused the team to take Manning's side in the argument.

In 2011, Barber attempted to return to the NFL. While Tiki claimed it was "not about the money," various media outlets claimed that he did in fact need money after a divorce. Although he trained with the Miami Dolphins, no team ultimately expressed any interest in signing him.

After retiring from the NFL, Barber started appearing in NBC's "Today." He also became an analyst for "Football Night in America" (also known as "Sunday Night Football"). It's worth mentioning that Barber is interested in covering all news events, and not just sports. This makes him different compared to many other former athletes. He has also hosted shows like "Fox & Friends" and "Morning Joe."

In addition, Barber has appeared on shows like "Iron Chef America," "Chopped," "Celebrity Family Feud," "Cash Cab," "Knight Rider," and many others. He even appeared in a Broadway production of "Kinky Boots" in 2019. Outside of these pursuits, Tiki has established business interests in various fields, such as bottled water companies, gyms, cannabis, and websites.

After marrying his high school sweetheart in 1999, Tiki Barber and his wife Virginia Cha Barber had a total of five children together, including twin girls. Unfortunately, Tiki and Cha broke up while the latter was pregnant with the twins. It was later revealed that Tiki had cheated on his wife repeatedly with a 23-year-old NBC intern named Traci Lynn Johnson. He and Johnson married about a week after his divorce with Virginia was finalized. In 2016, they welcomed their first child (Tiki's sixth) into the world. 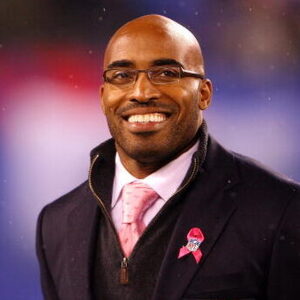