What is Terry Bradshaw's Net Worth and Salary?

Terry Bradshaw is a former American professional football player and TV analyst who has a net worth of $25 million. During his playing career, he won four Super Bowl titles with the Pittsburgh Steelers. Among his many talents, Terry was known for having a strong arm. He was also recognized for his excellent leadership skills and his ability to "show up" at big games. After his playing career, Bradshaw became one of the sport's most celebrated analysts and hosts. Outside of football, Bradshaw has pursued a successful acting career, appearing in movies such as "Failure to Launch."

Paxton "Terry" Bradshaw was born on September 2nd of 1948 in Shreveport, Louisiana. Raised alongside two brothers by his mother and his father, a US Navy veteran, Bradshaw created the goal of becoming a professional football player early in life. After proving his potential in high school, Terry attended Louisiana Tech University.

Although he spent the first two seasons behind Phil "Roxie" Robertson as starting quarterback, Bradshaw got his chance when the former stopped playing football to focus on creating the Duck Commander company. Robertson later became a reality TV personality who appeared on "Duck Dynasty."

After gaining attention for his exploits at Louisiana Tech, Bradshaw was selected by the Pittsburgh Steelers during the 1970 NFL Draft. After becoming the starting quarterback in his second season, Terry gradually adjusted to football at the professional level and led the Steelers to eight AFC Central championships and four Super Bowl titles. In 1972, Bradshaw became famous for the "Immaculate Reception" pass during a game against the Raiders, which became one of the most renowned plays in NFL history.

In 1978, Bradshaw earned the title of Most Valuable Player. When the 80s came along, Bradshaw was in bad shape. He required a shot of cortisone before every game due to a persistent elbow injury, but he still managed to play well. He received surgery on his elbow in 1983. He famously heard a "pop" from the damaged arm after throwing his final pass. This proved to end Terry's career, and he retired not long afterward.

Bradshaw had been developing into a talented actor long before his football career came to an end. He was frequently appearing in TV commercials during his playing years, and once famously appeared in an ad for shingles treatment. Today, he is perhaps best known for appearing in ads for Tide detergent.

Outside of TV commercials, Terry has made cameo appearances in shows such as "Brotherly Love," "Everybody Loves Raymond," "Married… With Children," "Modern Family," "The Larry Sanders Show," and "The League." He also booked a minor role in "Malcolm in the Middle." In addition, Bradshaw once hosted a series called "Home Team with Terry Bradshaw," although it was canceled soon after it began.

In terms of film, Bradshaw has appeared in movies like "Hooper," "The Cannonball Run," "Smokey and the Bandit II," "The Adventures of Brisco County, Jr.," and "Failure to Launch." Towards the end of the 2010s, Bradshaw landed a major role in the NBC series "Better Late Than Never." In 2020, Terry and his family started appearing in a brand new reality show called "The Bradshaw Bunch." 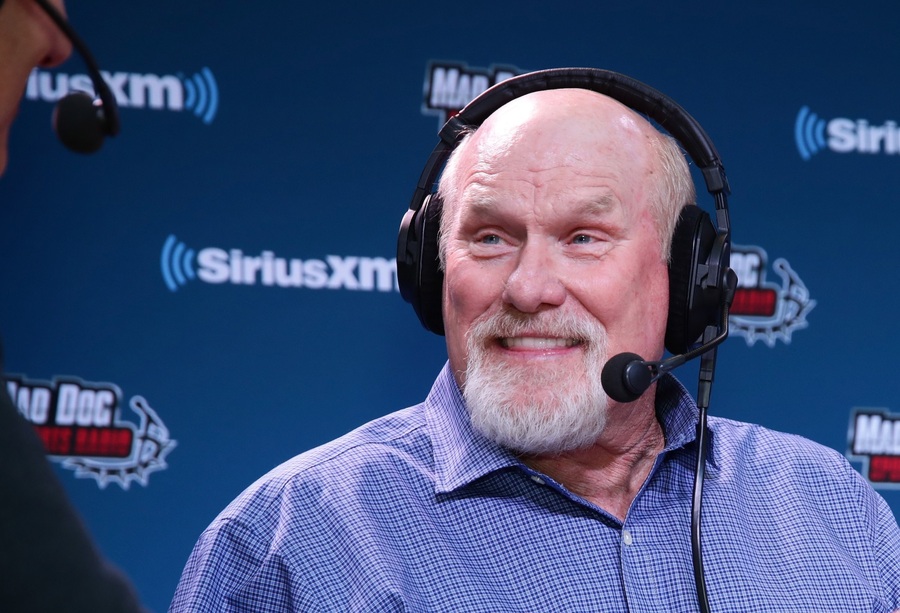 Bradshaw's first marriage was to Melissa Babish, who was Miss Teen America in 1969. They married in 1972 and separated a year later. He then married JoJo Starbuck in 1976 before separating once again in 1983. His third wife was Charla Hopkins, his family attorney. The couple wed in 1983 and had two children before separating in 1999. Bradshaw's fourth and current marriage was in 2014 to his longtime girlfriend Tammy.

After he retired from football, Terry Bradshaw revealed that he was suffering from intense mental health issues throughout his career. These issues included frequent crying spells, weight loss, insomnia, and crippling anxiety attacks. These issues worsened after his third divorce. He believes that by speaking out about depression, he can help reduce some of the stigma attached to the condition.

Still, his anxiety attacks prevented him from ever returning to watch a Steelers game after his retirement. These anxiety attacks also caused him to miss team founder Art Rooney's funeral. It was only in 2002 that he was able to return to the sideline.

After retiring from the NFL, Terry invested heavily in real estate. Leading up to the 2008 real estate crash he owned $13 million worth of properties around Texas, Oklahoma, and Mexico. One day, just before the 2008 housing crash occurred, he came home sick to his stomach and could not figure out why. On a hunch, he began selling the properties, suffering a $900,000 loss from the sales. Had he waited just a few months, the losses would have been 10 times higher and they might have bankrupted Bradshaw. His financial advisor reportedly would later tell him that losing $900k was the smartest investment decision he ever made.

In 2019, it was reported that Bradshaw was selling his 744-acre ranch in southern Oklahoma. No set price was listed, although the ranch had been previously listed for between $10 and $12 million. Terry had owned the property for over 20 years, and he spent millions of dollars creating a number of facilities on the land from scratch. Here's a video tour of the incredible property:

Also in 2019, it was announced that Bradshaw was selling another property in Jacksonville for $1.6 million. The 4,560-square-foot property features an onyx circular bar and a ranch of other features.

In 2020, Bradshaw sold another property in Bradenton for $1.4 million. The large estate sits in a private, gated community known for its golf courses.

In one interview, Bradshaw admitted that he earned money by "flipping planes" in the same way that some people flip homes. He stated that he often spends $4 or $5 million on a plane before using it for business, and finally selling it again to a new owner for a profit. 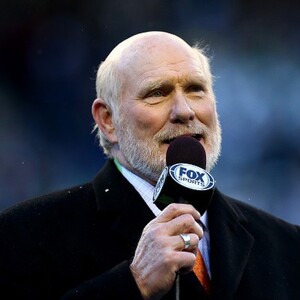