Telvin Smith net worth: Telvin Smith is an American former professional football player who has a net worth of $8 million. He is best known for playing with the Jacksonville Jaguars. During his five-season NFL career Telvin earned just under $18 million in salary.

Telvin Smith was born in Valdosta, Georgia in April 1991. He was a linebacker who played at Lowndes High School where he also ran track. As a Junior in 2008, Telvin helped his team win the AAAAA championship.

Smith played his college football at Florida State. He won the BCS national championship in 2013 and the ACC championship in 2012 and 2013. Smith was named second-team All-ACC in 2013. Telvin Smith was drafted #144 overall by the Jacksonville Jaguars in the 2014 NFL Draft. He played with the Jaguars his entire NFL career through 2018. He was selected to the Pro Bowl in 2017. He recorded 586 tackles, 7.5 sacks, five forced fumbles, nine interceptions, and three defensive touchdowns.

Career Earnings and Contracts: In May 2019, Telvin unexpectedly quit the NFL through an Instagram post. His post explained that he needed "to get my world in order" and "give this time back to myself, my family and my health". As we stated previously, Telvin earned just under $18 million. Two years before his abrupt retirement, Telvin signed a four-year $45 million contract extension that came with a $4 million signing bonus, average annual salary of $11 million and $20 million guaranteed. By retiring with two years to go on that contract he left around $21 million on the table.

Arrest: Telvin Smith was arrested in April 2020 on charges of unlawful sexual contact with a minor. 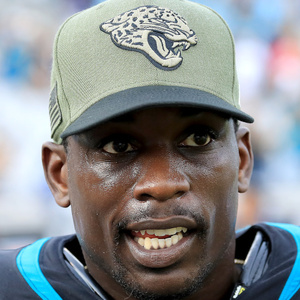