Unfortunately after earning more than $12 million in salary, in 2016 while facing an aggravated assault charge, Tarvaris told a Washington judge he was broke and needed a public defender. At the time he told the judge he had "no income, no savings, no bank accounts, stocks [and that his only possession was] a $100,000 car."

Tarvaris Jackson was selected with the 64th overall pick in the second round of the 2006 NFL Draft by the Minnesota Vikings. Jackson was the Vikings' reserve quarterback for more of the period from 2006-2010 with the exception of the 2007 season when he was the starting quarterback. Tarvaris Jackson was signed by the Seattle Seahawks in 2011 to be their starting quarterback, was traded to the Buffalo Bills in 2012, and back to the Seahawks in 2013. He was Russell Wilson's backup quarterback during the Seahawks' Super Bowl victory over the Denver Broncos in February 2014. 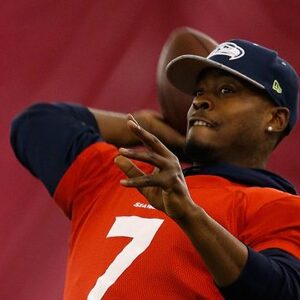