Tarik Glenn Net Worth: Tarik Glenn is a retired American professional football player who has a net worth of $13 million. Tarik Glenn was born in Cleveland, Ohio, in 1976, and played college football on the west coast for Cal. The six-foot-five, 332-pound offensive tackle was drafted with the 19th overall pick during the first round of the 1997 NFL Draft by the Indianapolis Colts.

Glenn made his debut with the Colts later that season and played every game of his nearly decade-long pro career in Indianapolis. Glenn fortified the Colts' offensive line from 1997 until 2006. He was a three-time Pro Bowler during his career (2004, 2005, 2006) and won one Super Bowl championship with the team when the Colts defeated the Chicago Bears in Super Bowl XLI. Glenn played in 154 total career games and started every one of them. He recovered one fumble during his tenure. Even though he was drafted into the pros in 1997, Glenn continued working on earning his college degree, and graduated with the bachelor's degree in social welfare from Cal Berkeley two years later. After his 2007 retirement, Glenn went back to school at Purdue University in pursuit of a master's in business administration. He works with D.R.E.a.m. Alive, Inc., a non-profit organization that he created with his wife in Indianapolis. 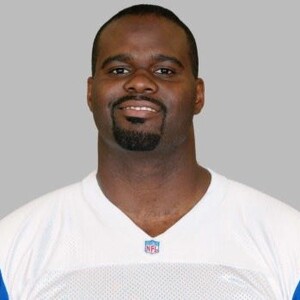