Takeo Spikes Net Worth: Takeo Spikes is an American former professional football player who has a net worth of $12 million. Born in Augusta, Georgia, in 1976, Takeo Spikes earned Mr. Football honors in the state of Georgia while playing in high school. He played college football at Auburn University before the Cincinnati Bengals selected him with the 13th overall pick of the 1998 NFL Draft.

Spikes played with the Bengals until 2002 before he was signed to a $32 million deal by the Buffalo Bills. In his first season with the Bills, Spikes was selected to his first Pro Bowl in 2003, his first of two trips. In 2007, Spikes was traded to the Philadelphia Eagles, where he was successful prior to a shoulder injury. A year later, he signed with the San Francisco 49ers and quickly found himself as a free agent in 2009. Two years later, he landed a three-year deal with the San Diego Chargers. He was released in 2013 and has not played since. Spikes is infamous for playing in more than 200 regular season NFL games without ever appearing in the postseason. The two-time All-Pro finished his pro career with 1,423 tackles, 29 sacks, 19 interceptions, and 15 forced fumbles. 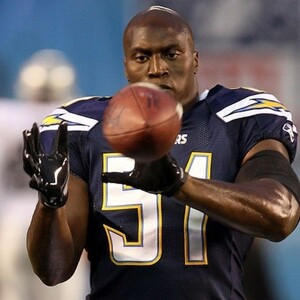