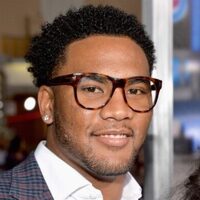 T.J. Ward net worth: T.J. Ward is an American professional football player who has a net worth of $8 million. T.J. Ward was born in San Francisco, California in December 1986. He is a safety who played at Concord De La Salle High School. Ward played his college football at Oregon where he won the Pac-10 Championship in 2009. Ward was drafted #38 by the Cleveland Browns in the 2010 NFL Draft and played with the Browns from 2010 to 2013. He has played for the Denver Broncos since 2014. During his career Ward is a two time Pro Bowl selection and was named Second-team All-Pro in 2013. He was selected to the PFWA All-Rookie Team and won an AFC Championship in 2015 with the Broncos. Ward signed a four year deal with Denver in 2014 for $23 million.