Steve McNair Net Worth: Steve McNair was an American football player who had a net worth of $26 Million. Born Stephen LaTreal McNair (February 14, 1973 – July 4, 2009) in Mount Olive, Mississippi, he served as quarterback during his entire National Football League (NFL) career. McNair first started flaunting his athletic skills playing college football at Alcorn State in Lorman, Mississippi, where he won the 1994 Walter Payton Award as the top player in NCAA Division I-AA.

It was in 1995 that he was drafted third overall by the NFL's Houston Oilers (later known as Tennessee Oilers and eventually as Tennessee Titans) becoming the Oilers' regular starting quarterback two years later. While with the Titans, McNair was selected to the Pro Bowl three times, as well as he became All-Pro and Co-MVP in 2003. Besides, he is the Titans' all-time leading passer. Following the 2005 season, McNair was traded to the Baltimore Ravens, with whom he played for two seasons. In 2007, after thirteen NFL seasons, he retired from the sport for good. In his successful NFL career, McNair led the Titans to the playoffs four times and the Ravens only once. Unfortunately, McNair lost his life after being fatally shot by his mistress, Sahel Kazemi, in a murder–suicide on July 4, 2009. 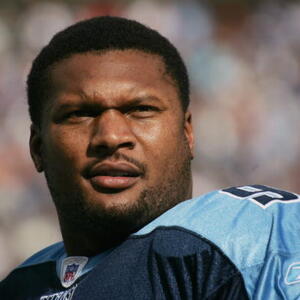