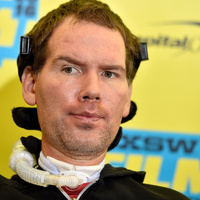 Steve Gleason net worth, career earnings and salary: Steve Gleason is an American former professional football player who has a net worth of $1 million. Steve Gleason was born in Spokane, Washington in March 1977. He was a safety who earned defensive MVP awards at Spokane Gonzaga Prep. He played his college football at Washington State where he was also a four year starter for the baseball team and set a record for triples. Gleason went undrafted in 2000 but signed with the New Orleans Saints where he played from 2000 to 2006. During his career he had 59 solo tackles and 6 assisted tackles. In 2006 he blocked a punt to help the Saints win. The block became a symbol of New Orleans' recovery after Hurricane Katrina. In 2011 he was forced to retire after being diagnosed with amyotrophic lateral sclerosis (ALS), also known as Lou Gehrig's disease. In 2014, New Orleans Saints owner Tom Benson donated $5 million to Steve  to hep with his care. Benson called Gleason an "NFL legend". In addition to helping Steve, the money was used to help fund Team Gleason House which supports 18 patients with neuromuscular disorders. He was featured in the 2016 documentary Gleason. In 2018 he has his wife Michel had their first child. In 2015 Gleason received the George Halas Award from the Pro Football Writers Association.