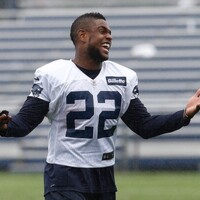 Stevan Ridley net worth and salary: Stevan Ridley is an American football player who has a net worth of $2.5 million. Born in Natchez, Mississippi on January 27, 1989, Ridley is best known for playing as a running back for the New England Patriots in the National Football League. He attended Louisiana State University where he was a permanent team captain in 2010 and was selected by the New England Patriots as the round three, 73rd pick overall in the 2011 NFL draft. His current NFL career statistics include a total of 2,477 rushing yards, a total of 555 rushing attempts, twenty rushing touchdowns, 124 receiving yards, and eighteen receptions. He was an AFC Champion in 2011, FedEx Ground Player of the Week in 2012, and was the thirteenth player in school history to rush over 1,000 yards in a season at Louisiana State University.