Stephon Tuitt net worth and salary: Stephon Tuitt is an American professional football player who has a net worth of $19 million. Stephon Tuitt was born in Miami, Florida in May 1993. He is a defensive end who played at Monroe Area High School where he played in the U.S. Army All-American Bowl.

Tuitt played his college football at Notre Dame where he was a second-team AP All-American in 2012. He was drafted #46 overall by the Pittsburgh Steelers in 2014 and has played for the Steelers his entire career through the 2018 season. During his first four NFL seasons he had 133 total tackles, 14.5 sacks, 4 forced fumbles, and 1 interception. Stephon Tuitt signed a four year deal for $4.6 million with Pittsburgh in 2014. In 2017 he signed a five year deal for $60 million with the Steelers. During his three years at Notre Dame he had 21.5 sacks, 127 tackles, 4 forced fumbles, and 1 interception. 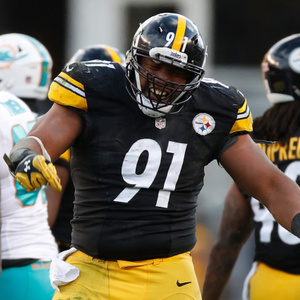