He played college football for the University of Memphis where he also set a school record for longest field goal. Gostkowski was two time First-team All-Conference USA in 2004 and 2005. He was drafted #118 by the New England Patriots in the 2006 NFL Draft and has spent his entire career in New England. In 2010 he was signed to a four year extension worth $14 million. In July 2015, he signed a new $17 million contract for four more years. Gostkowski is a two time Super Bowl champion with the Patriots. He also made the Pro Bowl in 2008, 2013, 2014 and 2015. He was named First-team All-Pro in 2008 and Second-team All-Pro in 2014. Gostkowski is a four time NFL season scoring leader and is the Patriots' all-time leading scorer. He set a team record for field goal percentage in 2014 at 94.6%. 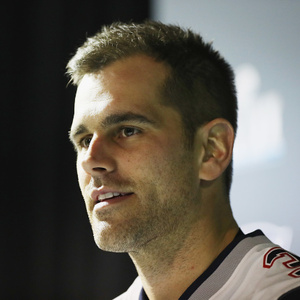