Simeon Rice Net Worth: Simeon Rice is a former American football player who has a net worth of $22.5 Million. Born Simeon James Rice on February 24, 1974, in Chicago, Illinois, he served as defensive end of the National Football League (NFL) until 2009. In college, Simeon Rice played as outside linebacker at the University of Illinois.

There, he set the Big Ten Conference record for career sacks with 44.5 and he was also a two-time All-American pick. Then he turned pro, shortly after he was drafted third overall by the Arizona Cardinals in the 1996 NFL Draft. Throughout his 12-year professional career, Rice recorded 122 sacks, forced 25 fumbles, recovered 8, and intercepted 5 passes. Thus, he earned three Pro Bowl selections and won a Super Bowl ring with the Tampa Bay Buccaneers in Super Bowl XXXVII. In addition to his tenure with the Cardinals, he has also played for the Denver Broncos, Indianapolis Colts and New York Sentinels. After he retired from the sport in 2009, Rice started a career in the entertainment industry. He set up his own Hip-Hop/R&B record label, called "Lucid Dream Entertainment." 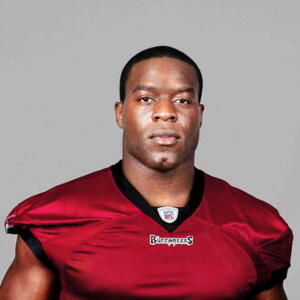