What is Shawne Merriman's Net Worth?

Shawne Merriman is an American former professional football player who has a net worth of $13 million. Shawne Merriman played in the NFL for the San Diego Chargers and the Buffalo Bills. With the Chargers, he was named NFL Defensive Rookie of the Year in 2005, and subsequently earned three Pro Bowl and two All-Pro selections. Plagued by injuries, Merriman retired from the NFL at the conclusion of the 2012 season.

Shawne Merriman was born on May 25, 1984 in Washington, DC and was raised in Upper Marlboro, Maryland. As a teen, he went to Frederick Douglass High School; on the football team there, he gained the nickname "Lights Out" after knocking four opposing players unconscious in a single game. Merriman also played on his high school varsity basketball team.

Although he was recruited by numerous colleges, Merriman elected to stay in-state and enroll at the University of Maryland, College Park in 2002. In his freshman year on the Terrapins football team, he appeared in 13 games and recorded five sacks. Despite weathering a number of injuries as a sophomore, he played in every game of the season. Merriman had his breakout year as a junior, and was selected to the ACC All-Conference team.

In the 2005 NFL Draft, Merriman was chosen in the first round by the San Diego Chargers. He went on to sign an $11.5 million, five-year contract with the team. In his rookie season, Merriman began on the inactive list before cracking the starting lineup in Week 7. He posted six sacks in his first four starts. Merriman had his best game of the season in Week 15, when his two sacks and two tackles helped the Chargers pull out a win against the undefeated Indianapolis Colts. The next week, he earned a Pro Bowl selection. For his successful season, Merriman was named NFL Defensive Rookie of the Year.

Following a four-game suspension for allegedly violating the NFL's steroid policy, Merriman began his 2006 season with three sacks in his first two games. He finished the regular season with a league-leading 17 sacks, despite only playing in 12 games. The Chargers subsequently advanced to the playoffs, where they were eliminated by the New England Patriots. In the 2007 season, Merriman recorded 12.5 sacks and 68 tackles, and helped lead the Chargers to the AFC Championship game against the Patriots. Ultimately, the Patriots won the game. Merriman also earned his third consecutive Pro Bowl selection. 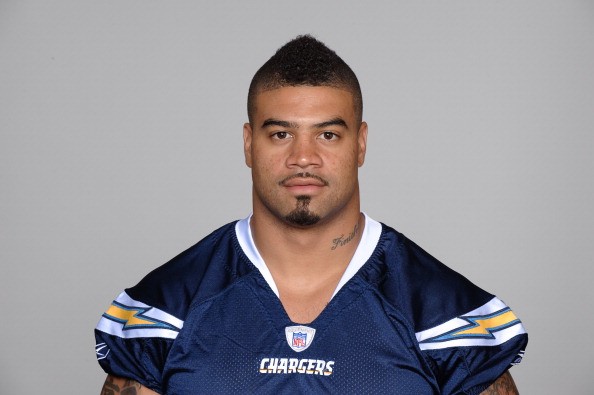 During his final three seasons with the Chargers, Merriman was beset by a number of debilitating injuries. In 2008, he had tears in his lateral collateral ligament and posterior cruciate ligament, and was told by doctors to undergo surgery if he wanted to continue playing. Although he initially decided to ignore this advice, Merriman finally chose to undergo the knee surgery later in the year, causing him to miss the 2008 season. He was able to play briefly in 2009, but had to miss most of the season due to both his pained knees and a new foot injury. The following season, the Chargers announced that Merriman would be placed on injured reserve. When he returned to play, he sustained another injury; he was soon after waived by the Chargers.

The day after being released from the Chargers, Merriman was claimed by the Buffalo Bills. His time with the team was plagued by a number of further injuries. Right away, during his first workout in November, an Achilles injury ended his season. The next year, Merriman was placed on injured reserve for the second straight season due to another Achilles injury. He was still able to play in some games, however, and finished the season with nine tackles and a sack. After being released by the Bills in August of 2012, Merriman returned in October. In March of the following year, he announced his retirement from the NFL.

Beyond football, Merriman has made a myriad of appearances on television shows and in advertisements. He has been in episodes of "MTV Exposed," "Entourage," and "Destroy Build Destroy," and competed on the reality game show "The Challenge: Champs vs. Pros." Merriman has also made several WWE appearances, including on "Monday Night RAW" and at the One Night Stand event in 2008. In terms of advertisements, he has been featured in campaigns for Nike and MusclePharm.

In 2009, Merriman was charged with battery and false imprisonment after his ex-girlfriend Tila Tequila accused him of choking and restraining her. The charges were soon dismissed. Later, in 2017, Merriman was involved in a wrongful death lawsuit after a woman named Kimberly Fattorini was found dead in a nightclub where Merriman was present. It was alleged that Merriman had put a date rape drug in her drink. 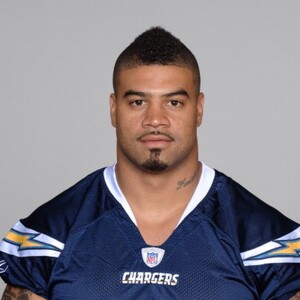