Shaun Gayle Net Worth: Shaun Gayle is an American retired professional football player who has a net worth of $5 million. Shaun Gayle was born in Newport News, Virginia in March 1962. Gayle was a cornerback and safety who played at Hampton Bethel High School and The Ohio State University. Gayle was drafted by the Chicago Bears in the 10th round of the 1984 NFL Draft. He played or the Bears from 1984 until 1994 before finishing his career with the San Diego Chargers in 1995. He won a Super Bowl Championship in 1985 with the Bears and was part of The Super Bowl Shuffle "Shuffling Crew" video. In 1991 Gayle was selected to the NFL Pro Bowl. He returned the shortest punt for a touchdown in NFL history at five yards. Shaun's nephew James Gayle signed with the Tennessee Titans in May 2014. Gayle's girlfriend Rhoni Reuter was murdered in 2007 while she was seven months pregnant. Shaun Gayle was not a suspect in the murder. Gayle works for Sky Sports as an NFL guest analyst. He finished his career with 16 interceptions and two touchdowns. 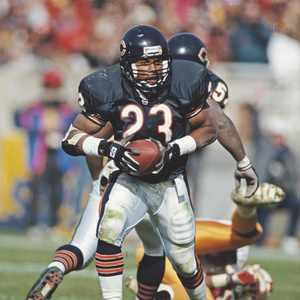