What is Shannon Sharpe's net worth and salary?

Shannon Sharpe is a retired American football tight end who has a net worth of $14 million. Shannon served as a tight end for the NFL's Denver Broncos and Baltimore Ravens across 14 seasons. Considered one of the greatest tight ends of all time, he won three Super Bowls and became the first tight end to amass more than 10,000 receiving yards. After his retirement, Sharpe became a sports analyst for CBS, and began cohosting Fox Sports 1's "Skip and Shannon: Undisputed" with Skip Bayless.

During his NFL career Shannon earned $22 million in salary.

Shannon Sharpe was born in 1968 in Chicago, Illinois as the younger brother of Sterling, who also went on to become an NFL player. His parents, Pete and Mary, divorced when he was just three months of age. Consequently, he, his brother, and his sister were brought up by their grandmother in Glennville, Georgia. As a young adult, Sharpe attended Savannah State University, where he played both basketball and football and competed in track and field. From 1987 to 1989, he was a three-time All-Southern Intercollegiate Athletic Conference selection, and in the latter year, was selected as a Kodak Division II All-American. As a senior, Sharpe caught 61 passes for 1,312 yards and 18 touchdowns; he finished his college career with 192 receptions for 3,744 yards and 40 touchdowns. He graduated in 1989 with a Bachelor of Science degree in criminal justice.

Although he performed extremely well in his college football career, Sharpe was not regarded as a highly rated prospect when it came to the NFL Draft in 1990. He was considered too large to be a receiver, and too small to be a tight end. Eventually, Sharpe was selected in the seventh round with the 192nd pick by the Denver Broncos. Starting as a receiver, he played two less-than-stellar seasons in which he only caught 29 passes. The Broncos switched him to a tight end, which resulted in drastic improvements in his performance. As a tight end, he caught 53 passes in his third season, and won two consecutive championship rings at Super Bowl XXXII and Super Bowl XXXIII. He remained with the Broncos until 1999, and then did a two-year stint with the Baltimore Ravens. In his first year with the Ravens, Sharpe won yet another championship ring, this time at Super Bowl XXXV against the New York Giants. Afterward, he returned to the Broncos, with which he played until 2003. Sharpe subsequently retired to become an NFL analyst on CBS.

Across his NFL career, Sharpe was selected to the All-Pro Team four times, played in eight Pro Bowls between 1992 and 2001, and racked up over 1,000 receiving yards during three different seasons. In a 1993 playoff game, he tied a postseason record with 13 receptions for 156 yards and a touchdown. He finished his career with 203 games, which included 815 receptions for 10,060 yards and 62 touchdowns, all NFL records for a tight end. Later, tight ends Tony Gonzalez and Jason Witten broke these records. 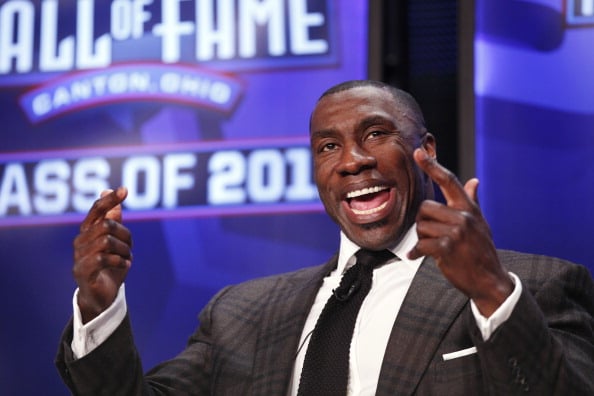 Following his retirement, Sharpe become a commentator for "The NFL Today," a pregame show on CBS Sports. Replacing Deion Sanders, he cohosted alongside James Brown, former coach Bill Cowher, and former NFL quarterbacks Boomer Esiason and Dan Marino. Many critics decried Sharpe's broadcasting skills, noting his poor grammar and elocution. In February of 2014, an announcement was made that Sharpe and Dan Marino were being relieved of their on-air commentator roles, and were to be replaced by Tony Gonzalez and Bart Scott.

Additionally, Sharpe was a columnist and spokesperson for FitnessRX For Me magazine, appearing on its cover in 2013. Along with sports commentator Skip Bayless, he cohosts the sports debate show "Skip and Shannon: Undisputed" on Fox Sports 1, and alongside sportscaster Bob Papa, cohosts Sirius NFL Radio's "Opening Drive" morning program. Sharpe also has his own podcast, entitled "Shay Shay."

In 2010, Sharpe was once again nominated as a semi-finalist for induction into the Pro Football Hall of Fame, along with 25 others including Jerome Bettis, Deion Sanders, and Art Modell. This time, his nomination was successful, and he was inducted in February of 2011.

In 2017, Sharpe was romantically involved with fashion model Nicole Murphy. Later that year, he got engaged to fitness instructor Katy Kellner, but the two split up soon after. Previously, Sharpe had been linked with Michele Bundy, who accused him of sexual assault in 2010. Across his various relationships, Sharpe has had three children: son Kiari and daughters Kayla and Kaley. 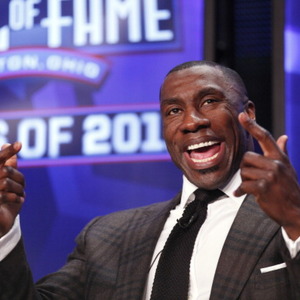