Shane Vereen net worth and salary: Shane Vereen is an American professional football player who has a net worth of $6 million. Born in Valencia, California on March 2, 1989, Vereen is best known for playing as a running back for the New England Patriots in the National Football League. He stands at five feet and ten inches and weighs approximately 205 pounds.

He attended high school in Valencia and played football for the University of California, Berkeley. He was the second round, 56th pick in the 2011 NFL draft for the New England Patriots. His career statistics include more than 1,400 rushing yards, 356 rushing attempts, eight rushing touchdowns, 1,800 receiving yards, 221 receptions, and eight  receiving touchdown. He received his degree in Media Studies and tried for the NFL draft in his senior season. He is the son of Henry Vereen, who played for the Tampa Bay Buccaneers. 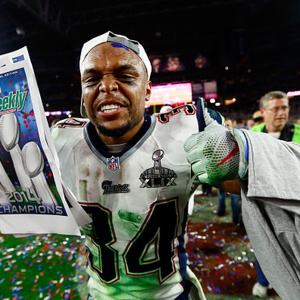