Janikowski played his college football at Florida State University where he was a Consensus All-American in 1998 and 1999 and also won the Lou Groza Award both years. He was drafted #17 by the Oakland Raiders in the 2000 NFL Draft. Janikowski has played his entire career with the Raiders. In 2004 he signed a five year extension for $10.5 million and in 2010 he signed a four year extension for $16 million. Janikowski signed another four year extension in 2013 for $19 million. He won an AFC Championship in 2002 and was selected to the Pro Bowl and was a Second-team All-Pro in 2011. Janikowski is the Oakland Raiders' franchise leading scorer and holds several NFL records for long distance field goals. 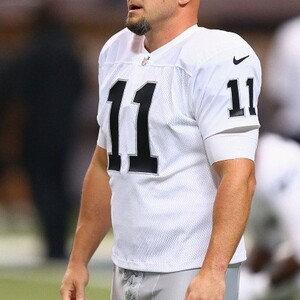