Sean Salisbury net worth and salary: Sean Salisbury is a retired American football player who has a net worth of $150 thousand. Sean Salisbury is notable for being a quarterback in the NFL and CLF before retiring from the game in 1996. He is now a football analyst and actor. During his football years, Salisbury played for Seattle Seahawks, Indianapolis Colts, Minnesota Vikings, San Diego Chargers and Houston Oilers.

He was also a member of Winnipeg Blue Bombers of the Canadian Football League. Since retiring from the game, Salisbury became a NFL analyst for ESPN's Sportcenter and NFL Live and later on ESPN Radio 1000 in Chicago. A dispute over salary led to Salisbury being dropped by ESPN in 2008. Since then, he briefly worked for Opensports.com, and CBS Radio in Dallas. He later became an announcer for lingerie football league, a position that ended in 2011, due to differences with the producers. He was set to host a comedy sports show in 2010, but it was scrapped for a more serious show – that did not include him. Salisbury's no stranger to the film world. He was a consultant for the 2005 version of 1970s sport film, The Longest Yard. This led to his role in the 2006 sports comedy, The Benchwarmers. 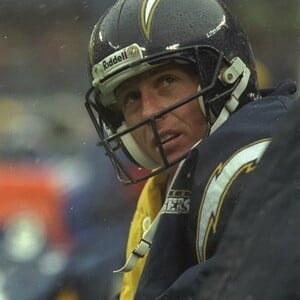